Arsenal, who went nine years without a trophy before winning the FA Cup in May, collected their second piece of silverware in three months when they crushed champions Manchester City 3-nil in the Community Shield at Wembley. 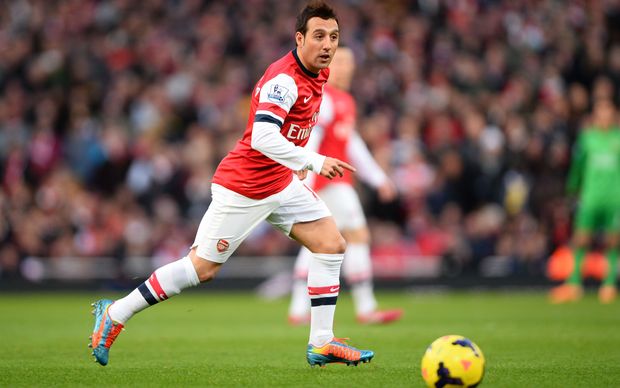 Arsenal thoroughly deserved their emphatic win in the traditional curtain-raiser to the new English football season with goals from Santi Cazorla after 21 minutes, Aaron Ramsey after 42 and a stunning long-range third from Olivier Giroud just past the hour.

City were without seven players who played in the World Cup while Arsenal were missing their three German World Cup winners Mesut Ozil, Per Mertesacker and Lukas Podolski.

But the Gunners, fielding three debutants including 70 million dollar striker Alexis Sanchez, were far sharper than City who look like they have plenty of work to do before the start of the new Premier League campaign next weekend.

In the opening weeknd of the Premiership Arsenal are at home to Crystal Palace and City travel to Newcastle United.