The Swiss tennis great Roger Federer will meet the in-form Frenchman Jo-Wilfried Tsonga in the final of the Toronto Masters. 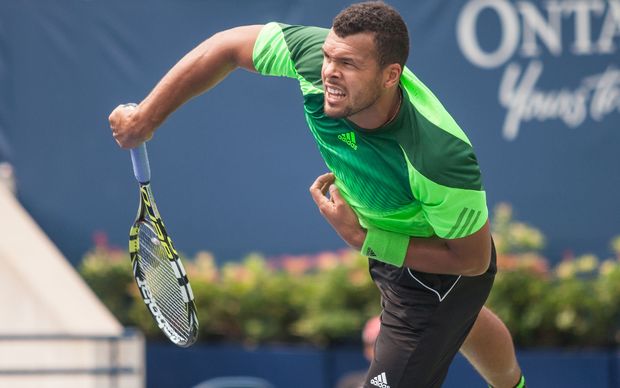 Jo-Wilfried Tsonga during his defeat of Novak Djokovic at the Toronto Masters, 2014. Photo: PHOTOSPORT

Federer, the 2nd seed, had a straight sets semi-final win over Spain's Feliciano Lopez (6-3 6-4), while the 13th seed Tsonga made easy work of the Bulgarian Grigor Dimitrov 6-4 6-3.

Tsonga, the world number 15, defeated Andy Murray in the quarter finals and world number one Novak Djokovic in the round of 16.

Meanwhile, Venus Williams has defeated her sister and world number one Serena to claim a place in the final of the Montreal Cup.

After losing the first set in a tie breaker Venus notched her first win over her 17-time Grand Slam-winning sibling in half a decade.

Venus will meet Poland's Agnieszka Radwanska in the final who beat Ekaterina Makarova of Russia in two tight sets, 7-6(1) 7-6(3).