The All Blacks coach Steve Hansen has confirmed that prop Tony Woodcock will have a shoulder operation and won't play again this year. 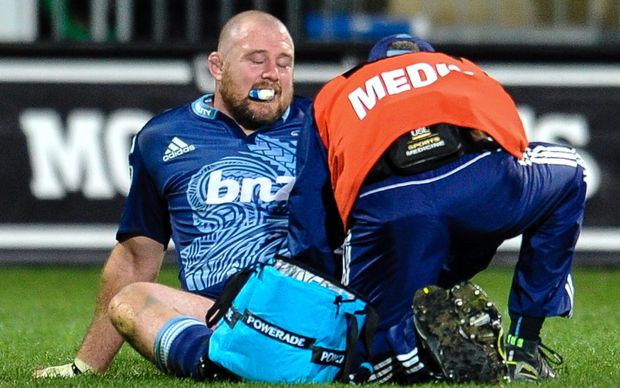 Tony Woodcock of the Blues gets some medical attention during their Super rugby match vs the Crusaders in Christchurch in July. Photo: PHOTOSPORT

The 110-Test veteran has had trouble lifting his arm high enough to scrummage.

He's expected to be out of action for five months, but Hansen has said that will at least give the 33-year-old his first decent pre-season in many years.

Joe Moody, who suffered a head knock in the Super Rugby final, will be clear for selection next week, as is fellow Crusaders prop Wyatt Crockett, who suffered a knock to his knee.

However lock Dominic Bird has a toe injury and he's out for three weeks so Jeremy Thrush has been added to the squad for the start of the Rugby Championship.

Hansen says they'd planned for injuries during the Super Rugby competition and that's why they brought extras in during the camps.

The All Blacks play Australia in the opening Rugby Championship match next Saturday in Sydney.