The New Zealand equestrians Tim and Jonelle Price will become the first husband and wife combination to represent the country together at a major international event. 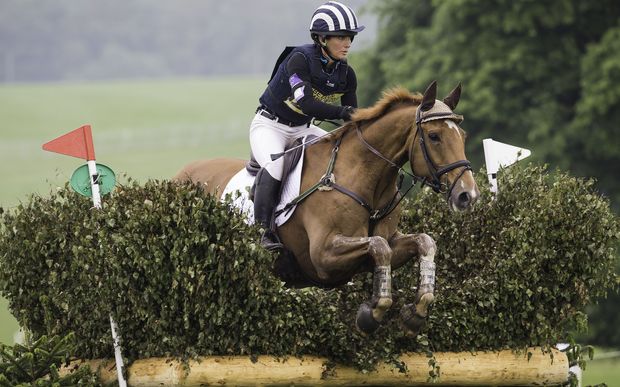 The pair will compete at the upcoming World Equestrian Games in France later this month, after Jonelle Price was called into the New Zealand team as a replacement for Caroline Powell, who's been forced to withdraw after her horse Onwards and Upwards failed to get rid of a "niggling injury".

Price's husband Tim was selected in the original New Zealand team for France, which was named in June.

Powell, who was a member of the bronze medal-winning team at the 2010 world champs, says she's devastated.

"I am absolutely gutted, but have always said that if he wasn't 100% I would step aside and let someone else go."

Powell is confident her horse will be back competing in the not too distant future.

Jonelle Price, who was part of the bronze medal-winning team at the London Olympics, comes in as an individual aboard Classic Moet.

Price believes the British bred thoroughbred will be well suited to the course in Normandy, and while she is small, she says has a huge heart.

"I'm very excited to have the opportunity - I'm sorry for Caroline to come in like this but we are all united in this game and share the highs and lows of the sport.

If it was the other way around, I would be equally supportive of her as she is of me."

Price was planning on having two mounts at the Burghley Horse Trials, which are just a week after the World Champs, and she says now having one at both top events is "the ultimate".

She says she hopes it is just the first of many championship teams she and her husband Tim will make together.