The Crusaders coach Todd Blackadder says racial abuse of winger Nemani Nadolo is disappointing and should not be tolerated by anyone. 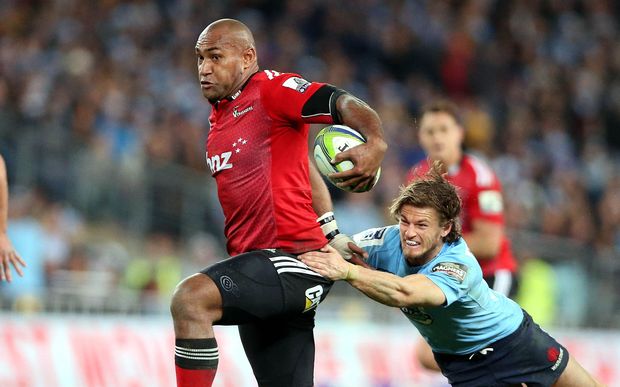 Nadolo, whose power on the left wing was a key factor in taking the Crusaders to Saturday's Super Rugby final, took to Twitter to outline his frustration.

It is believed the abuse came when the Fijian international was drinking with team-mates at a bar in Christchurch on Sunday evening following the previous night's loss to the Waratahs.

Blackadder says Nadolo didn't tell anybody about the abuse at the time but went straight home, from where he tweeted about 2:50am.

Blackadder told AAP it was just an idiot, someone from the general public made some pretty degrading and derogatory racial slurs.

He says it's always really disappointing, these things really hurt and shouldn't be condoned or tolerated by anyone.

Blackadder says Nadolo has moved on and forgiven his abuser.

Blackadder says the team want to retain Nadolo for the next couple of years and negotiations were going well but he had not re-signed as yet.