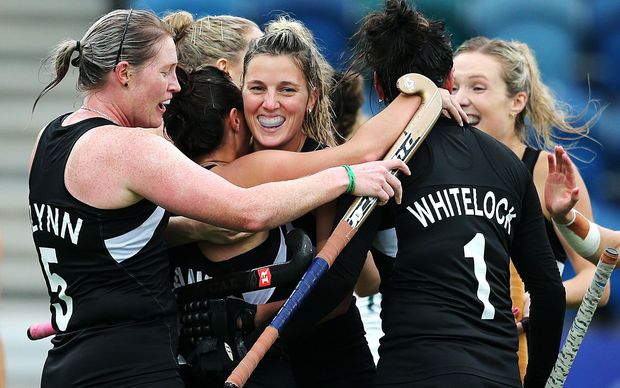 Jordan Grant is mobbed by teammates after scoring a goal during the bronze medal match between New Zealand and South Africa. Glasgow 2014 Commonwealth Games. Photo: Photosport

Jordan Grant scored two of the Black Sticks' goals, the others went to Anita Punt, Krystal Forgesson, and Gemma Flynn.

New Zealand led 2-1 after the first half.

Australia took the gold medal, beating England 3-1 on penalties after the final was locked at 1-1 at the end of regular time.