New Zealand's Nick Willis has just come through in a tight finish to win bronze in the 1500 metres at the Glasgow Commonwealth Games. 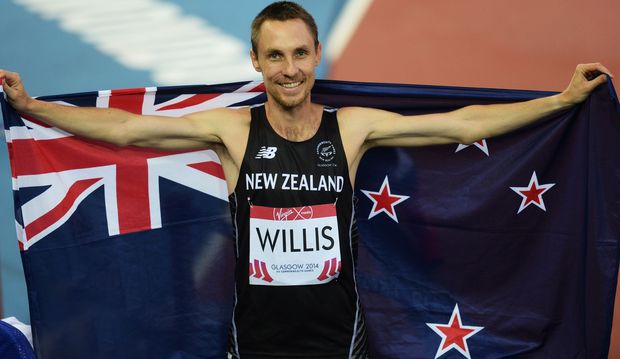 The gold medal went to James Kiplagat Magut of Kenya and silver to countryman Ronald Kwemoi.

Willis sat off the lead in sixth place for much of the race and it looked like he was going to miss out but was able to find extra pace to overtake South African Johan Cronje for a photo finish at the line.

The middle distance runner says it wasn't a satisfying race.

Willis is best known for his silver at the 2008 Beijing Olympics, and was the 1500 metre champion in the Melbourne Commonwealth Games in 2006 and won bronze in the same event in Delhi four years later.

The 31-year-old says he wasn't that happy with his strategy and says he ran a 'whimpy' race.