For the first time at this year's Commonwealth Games, New Zealand has gone a full day without winning a medal. 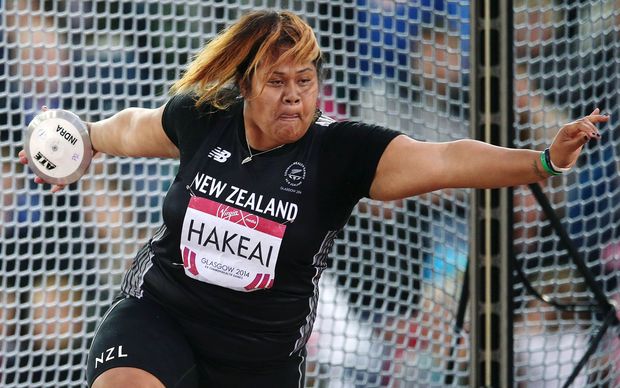 The Aucklander's best throw was 58.67 metres, just under two metres shy of the England's Jade Lally who came third.

Also beaten into fourth on Saturday was the Gisborne lawn bowler Shannon McIlroy.

The 26 year old missed out on a podium after going down 21-8 in the bronze medal final to the Australian Aaron Sherriff.

The 24-year-old dipped in and out of the lead pack for much of the race, getting as far forward as second with 400 metres to go.

Angie Smit and Nikki Hamblin never got close to the race leaders, finishing fifth and seventh respectively in the eight-strong field.

The race was won by Eunice Sum of Kenya.

Hamblin, who won the silver medal in the event at the Delhi games in 2010, says she left everything on the track.

She cleared the 1.86 metres mark, but couldn't manage 1.89 metres leaving her to finish behind the 18-year-old Australian Eleanor Patterson, who won the gold.

Meanwhile, the women's four by 400 metres relay team has set a new national record for New Zealand at the Commonwealth Games.

The team of Portia Bing, Brooke Cull, Zoe Ballantyne and Louise Jones completed the heat in a time of 3 minutes 34.62 seconds.

It was a record time for New Zealand, but not fast enough for them to qualify for the final at Glasgow's Hampden Park on Sunday.