The Canterbury wrestlers Tayla Ford and Sam Belkin have won New Zealand's first wrestling medals in 28 years at a Commonwealth Games, both taking bronze in Glasgow. 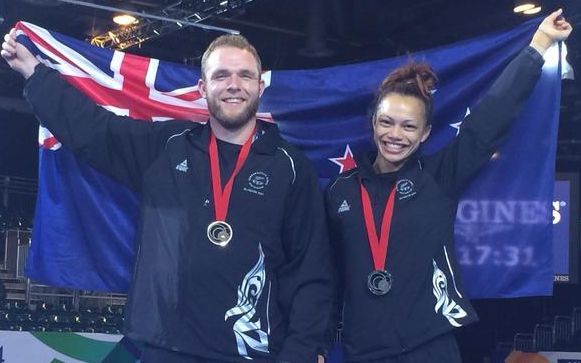 Ford beat Sarah Grundy of England by a fall to claim one of the bronze medals on offer in the 58-kilo class, while Belkin beat Hugh McClosky of Northern Ireland on points in the 97-kilo class.

Ford, who became the first New Zealand female to win a Commonwealth medal in wrestling, says she is delighted the bronze.

Belkin thanked all of his team for getting him onto the podium and says an 18-month build-up that spanned several continents paid off for him.

The 26-year-old says he was forced to travel all over the world to find quality opponents in his preparations.