The younger brother of the Wallaby Will Skelton has joined the Chiefs' development programme in a move aimed at bringing New Zealand born talent back home. 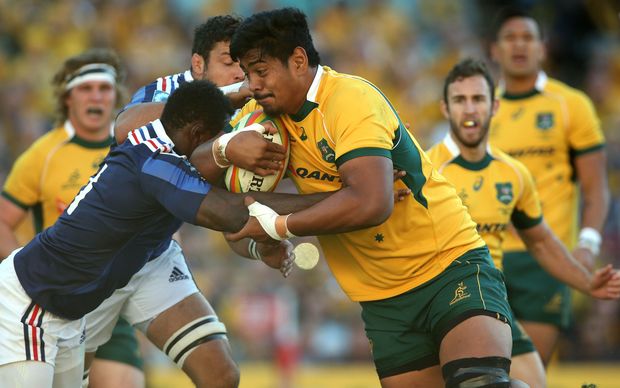 Will Skelton on the charge for the Wallabies against France, 2014. Photo: PHOTOSPORT

Like his brother, Cameron Skelton is an Auckland born giant measuring 205 centimetres and weighing in at 145 kilogrammes.

The Chiefs high performance manager Chris Tindall says the recruitment of Skelton is part of the Chiefs actively providing pathways for New Zealand-born players to come home and progress their rugby to a higher level.

Skelton represented Samoa at the Junior World Championship in June and has been a member of the Waratahs under-20 squad.

Skelton will join the Waikato under-19 team when he arrives in New Zealand.