New Zealand's added three gold, a silver and two more bronze medals to its tally at the Commonwealth Games in Glasgow on Monday. 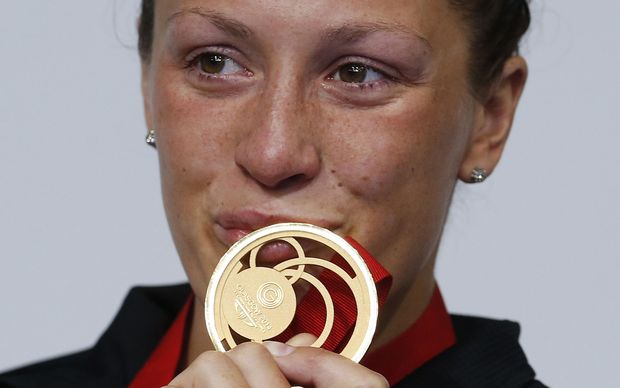 The Timaru cyclist Shane Archbold rode to gold in the men's 20-kilometre scratch race to give New Zealand its fourth gold medal at the velodrome, continuing a strong games for the track cycling programme.

Archbold, who was influential in setting up Tom Scully's gold medal ride in the points race, was rewarded with his first Commonwealth medal as he held off the challenge of the Australian Glenn O'Shea who got silver. Canada's Remi Pelletier was third.

That was followed by a silver medal for Sam Webster in the keirin, his third medal of the games.

New Zealand's second gold medal of the morning came at the Kelvingrove lawn bowls centre, where Jo Edwards won in the women's singles final, taking down England's Natalie Melmore 21-15 in the 24th end.

Its Edwards' second gold, following her win in Manchester in 2002.

That was followed by New Zealand's first medal in athletics as Zane Robertson picked up a bronze in the 5000.

The Timaru shot-putter Tom Walsh made a big statement in men's qualifying throwing a Commonwealth Games record of 21.24 metres with his first and only throw, sealing automatic qualification.