The New Zealand Warriors have been beaten by the National Rugby League leaders Manly 22-12 in their Auckland fortress. 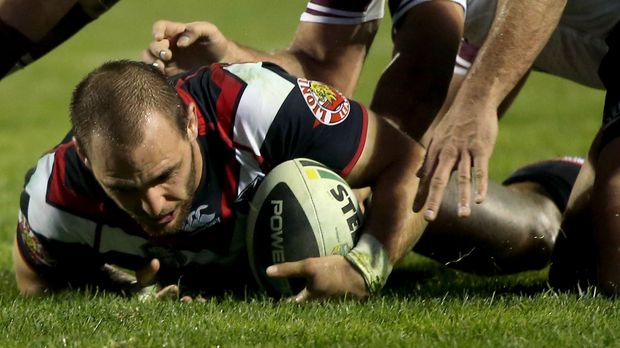 Konrad Hurrell crossed the line for the Warriors in the first minute at Mount Smart Stadium, before tries to Manly's Cheyse Blair and Peta Hiku gave the visitors the half-time lead 10-6.

Missing their playmaker Shaun Johnson who was sidelined with a groin injury, the Warriors struggled to convert their opportunities and had three potential tries disallowed by the referees.

They could only manage a late consolation try in the second half to captain Simon Mannering.

It followed a second try to Hiku, who's one handed dot down in the corner was almost a carbon copy of his first, before a Daly Cherry-Evans try took the visitors to an insurmountable lead.

The Sea Eagles are leading the NRL this season and are the first visiting team to win at Mount Smart Stadium this year.

The loss puts the Warriors into ninth, level on points with six other teams.