The Warriors back Ngani Laumape has returned from a suspension to start on the wing in the side's NRL encounter with the top of the table Manly Sea Eagles at Mt Smart Stadium. 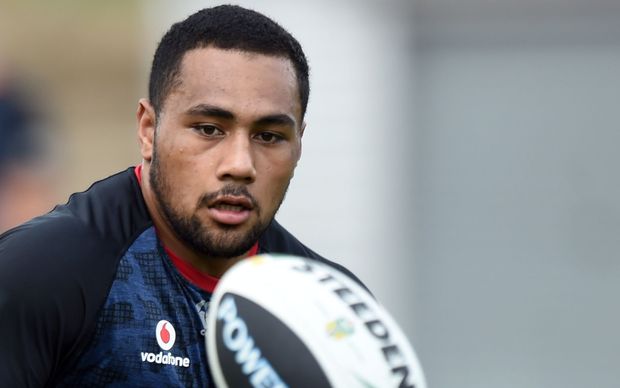 Ngani Laumape has been recalled after serving a three match suspension. Photo: PHOTOSPORT

Laumape, who spent three weeks on the sidelines for a dangerous tackle, replaces the 19-year-old David Fusitu'a, who struggled defensively in the Warriors' 28-22 loss to the Broncos in Brisbane on Saturday.

The coach Andrew McFadden admits Fusitu'a's paid the price for a poor game, but expects him to bounce back quickly.

Konrad Hurrell has been named to start at centre, despite suffering a head knock against the Broncos and will await the results of a concussion test this afternoon.

The veteran prop Sam Rapira has been named on an extended bench after missing the last two matches with a back problem.