Northern Ireland's Rory McIlroy has won the British Open for the first time after holding off the American Rickie Fowler and Sergio Garcia of Spain by two shots at Royal Liverpool. 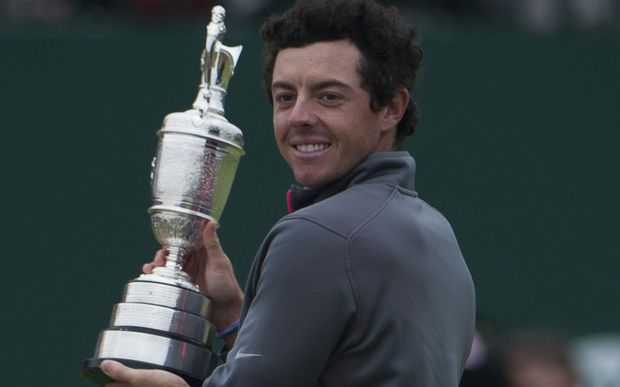 Despite watching his six-shot overnight lead slashed to two with five holes to play, he held his nerve to add the Open to his previous major victories at the 2011 US Open and 2012 PGA Championship.

The Ulsterman becomes only the third player, alongside Jack Nicklaus and Tiger Woods, to win three of the four majors, by the age of 25.

On top of that, he now just needs the Masters title to join an elite club of five players in the Open era - Nicklaus, Woods, Gene Sarazen, Ben Hogan and Gary Player - to complete a Grand Slam set of all four majors.

McIlroy is the third player from Northern Ireland to win the British Open, after Fred Daly did it at Royal Liverpool in 1947 and Darren Clarke in 2011 at Royal St Georges.

The American veteran Jim Furyk was fourth and the Australians Adam Scott and Marc Leishman tied for fifth.