Formula One motor racing's championship leader Nico Rosberg has had to abandon plans to wear a special helmet decorated with the World Cup trophy at his home German Grand Prix this weekend after intervention by FIFA over copyright issues. 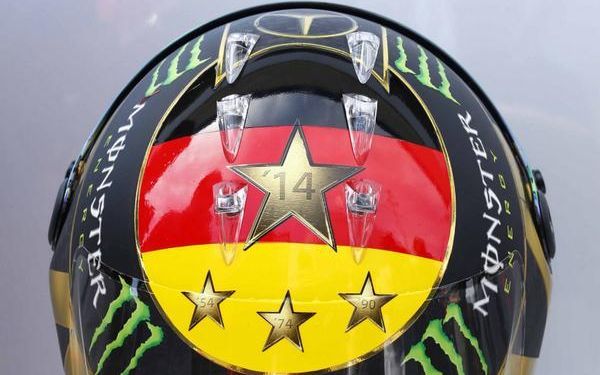 Rosberg, who drives for the German Football Association's sponsors Mercedes, had shown his 712,000 followers on Twitter a picture of the planned helmet in the German colours with four stars and the golden trophy on top.

A new version of the decorated helmet features one big star with three smaller stars inside it, denoting Germany's four world championships.