Dwyane Wade is staying on with the Miami Heat as the face of the American basketball franchise after agreeing a new contract while the NBA team picks up the pieces following the loss of free agent LeBron James last week. 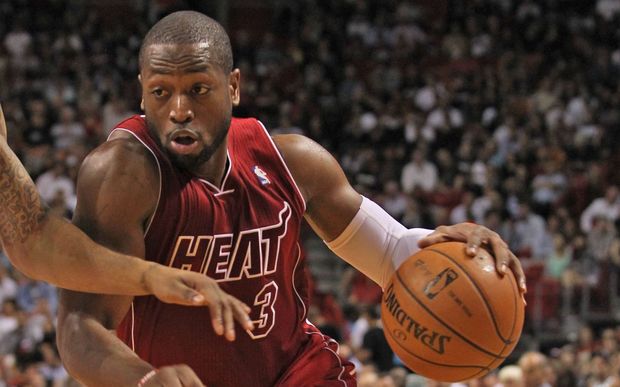 While details of the multi-year deal were not made public, reports say the All-Star guard will make around $20 million per season.

The development was not unexpected as Miami's front office strives to reconstruct a team that made four successive trips to the NBA Finals and won two titles before James's decision to return to the Cleveland Cavaliers following four seasons with the Heat.

Wade was part of the so-called 'Big Three' with James and forward Chris Bosh, who has also re-signed a massive deal to stay in Miami.

The Heat have also added free agent forward Luol Deng as part of their rebuilding since James's departure.

Free agents Josh McRoberts and Danny Granger were brought in before the exit of four-time league MVP James.

32-year-old Wade has played his entire career in Miami since being drafted in 2003, winning three NBA titles and averaging more than 24 points per game during the regular season.

Last season he was hampered by a knee issue and missed 28 games in a move designed to keep him healthy for the playoffs.

The Heat went on to win the Eastern Conference title before falling decisively in five games to the San Antonio Spurs in the championship series.