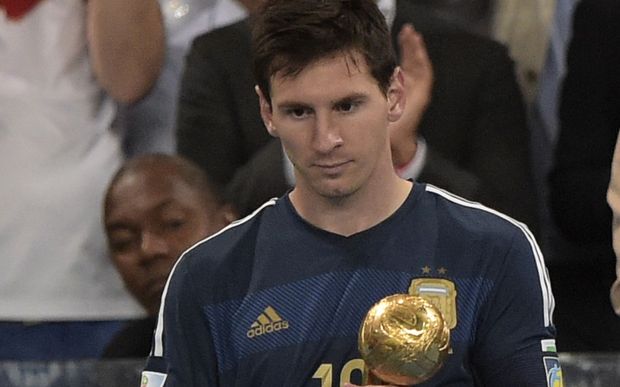 Maradona said he was happy with the overall performance of the team, but he thought the Colombian midfielder James Rodriguez should have won the individual award after scoring six goals in Brazil, two more than Messi - who failed to find the net in the knockout rounds.

FIFA's president Sepp Blatter also expressed surprise at the choice of Messi, which was made by FIFA's technical study group.