The New Zealand sevens captain DJ Forbes says if they can emerge from pool play unbeaten they'll be in the driver's seat to win a fifth consecutive Commonwealth Games gold. 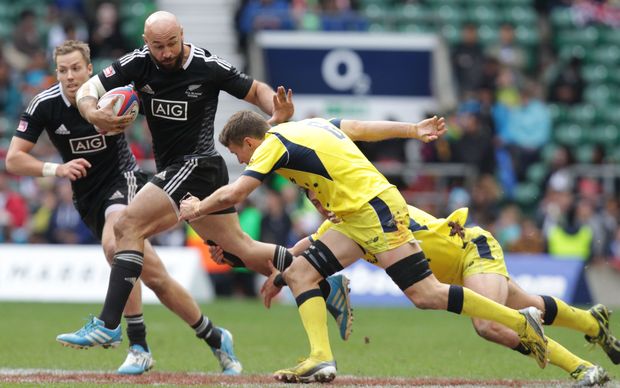 DJ Forbes of New Zealand breaks clear against Australia in the final of the IRB London 7s in May. Photo: PHOTOSPORT

The team left New Zealand for the Netherlands on Monday for a pre-Games training camp ahead of their Glasgow tournament, which begins next Saturday.

Forbes agrees the top tier nations such as Australia will be New Zealand's biggest threat to their Commonwealth Games legacy, but he says looking any further than the group stage could be calamitous.