Germany became the first European nation to win a football World Cup in Latin America after scoring a late goal in the second period of extra time to beat Argentina 1-0 in the final in Brazil.

Substitute forward Mario Goetze scored the winning goal with a superb strike inside the Argentina box with about seven minutes of extra time remaining at the Maracana stadium in Rio de Janeiro.

It's Germany's first World Cup title since 1990 and the first time a European nation has won a World Cup in Latin America.

It's the third time in World Cup history the final has gone to extra time. 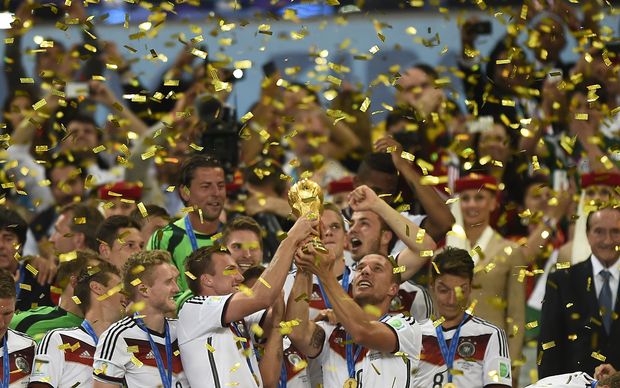 German players with the World Cup trophy snatched from Argentina in an extra-time win. Photo: AFP 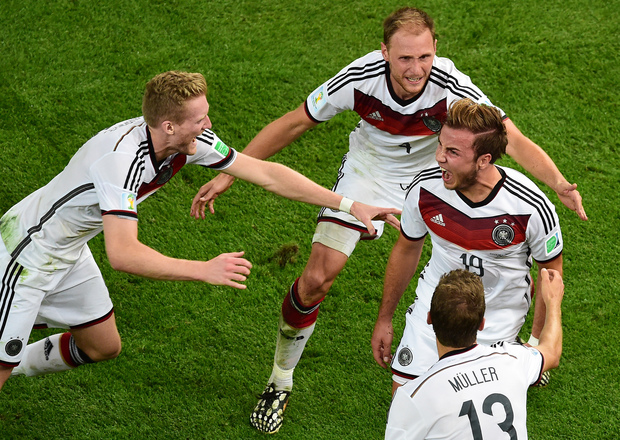 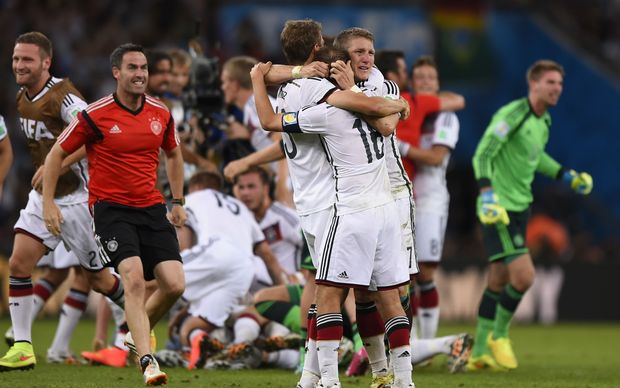 The underdog Agentineans provided most of the genuine goal scoring opportunities in the first half and though favourites Germany ramped up the pressure in the second staza, neither side could break the deadlock.

Both sides had several chances on goal in the second spell.

Superstar striker Lionel Messi missed the best goal-scoring chance of the second half, rolling his shot just wide of the right hand goal post after finding himself onside and in the clear.

Argentina striker Gonzalo Higuain wasted two genuine opportunities in front of goal in the first half, missing the first and called for offside after putting his second into the back of the net. 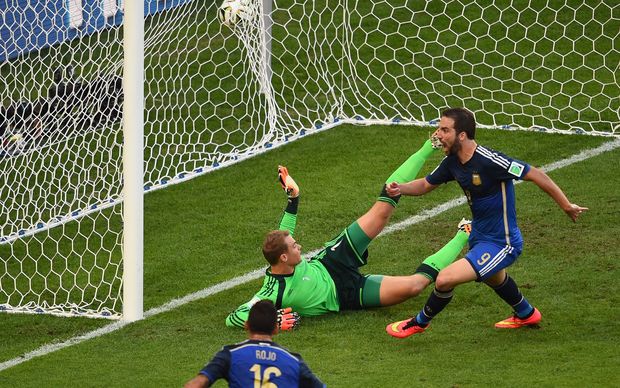 Forward André Schürrle had the best chance to score for the German's late in the first spell, but his strong shot was saved by the Argentinean goalkeeper Sergio Romero and in the final minute of the half a header from a German corner rebounded off the post.

Germany picked up two yellow cards in the opening half.

Germany were battling to become the first Europeans to win a football World Cup on Latin American soil while Argentina had been seeking their first title since 1986, when Maradona was captain.

The World Cup has been held in South America and Mexico six times before with South American teams winning on each occasion.

Germany and Argentina have already played each other in two previous World Cup finals, Argentina winning 3-2 in Mexico City in 1986 and Germany triumphing 1-0 in Rome four years later.

Germany have been in impeccable form throughout the tournament and have no apparent weaknesses, while Argentina have clawed their way into the final, relying heavily on Lionel Messi.

A massive security operation was in force outside the famous Maracana stadium, where 10 heads of state were attending the match along with nearly 75,000 fans. Thousands of police, including many on horseback, were stationed at key areas across the city, with the streets around the Maracana cordoned off. 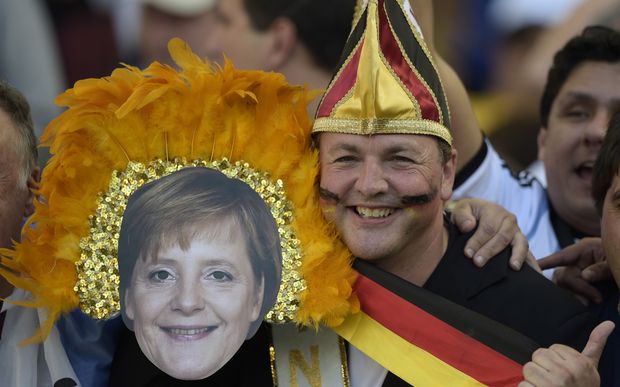 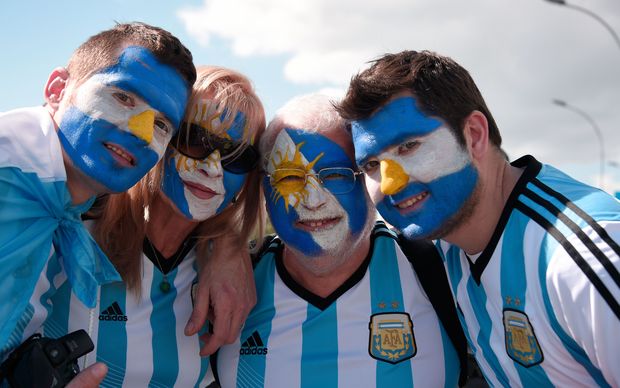