Argentina have beaten the Netherlands 4-2 on penalties to reach the World Cup final, after two hours of defence-dominated football failed to provide a semi-final goal for the first time in the tournament's history. 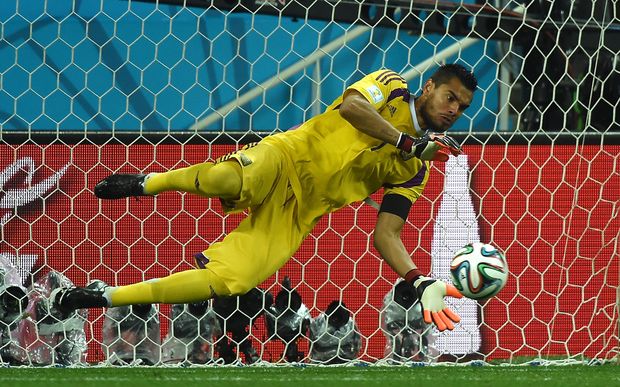 Argentina goalkeeper Sergio Romero saved Ron Vlaar's first penalty then made a superb diving save to deny Wesley Sneijder, allowing Maxi Rodriguez to crash home the decisive kick as his side converted all four of their penalties.

The Dutch had struggled to build any meaningful attacks and completed 90 minutes without a shot on target as Arjen Robben's last-minute effort was brilliantly blocked by Javier Mascherano.

Argentina were not much more adventurous, and had only a handful of half-chances to their name as, in total contrast to the first semi-final when Germany waltzed through a wide open Brazil to win 7-1, both defences were absolutely on top.

In a touchline interview, Sergio Romero told Argentines to "enjoy the moment" after saving two penalties in the semi-final shootout win.

"We will enjoy it and tomorrow, we will start working for the final," he said. "(Penalties) are a question of luck, that is the reality. I had confidence in myself and, fortunately, everything turned out well."

It will be the third time Argentina and Germany, or West Germany, have met in the final, with West Germany winning the last clash in 1990.

The Netherlands will play Brazil in the third-place playoff in Brasilia on Sunday. 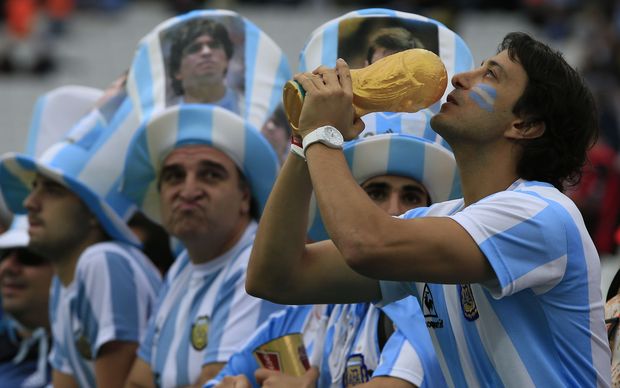 An Argentinian fan holds a replica of the world cup trophy at The Corinthians Arena in Sao Paulo. Photo: AFP 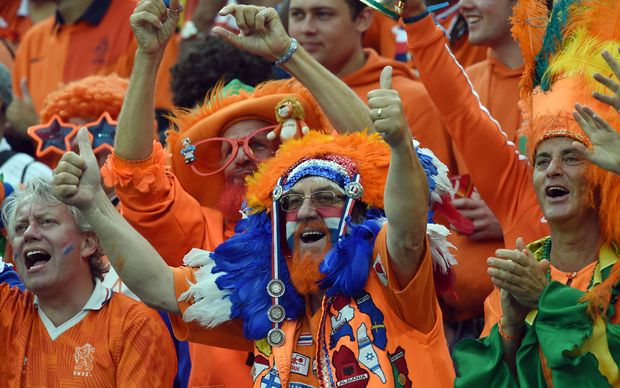