Germany scored five goals in 18 astonishing first-half minutes on their way to a 7-1 semi-final mauling of Brazil which shattered the host nation's hopes of winning their sixth World Cup. 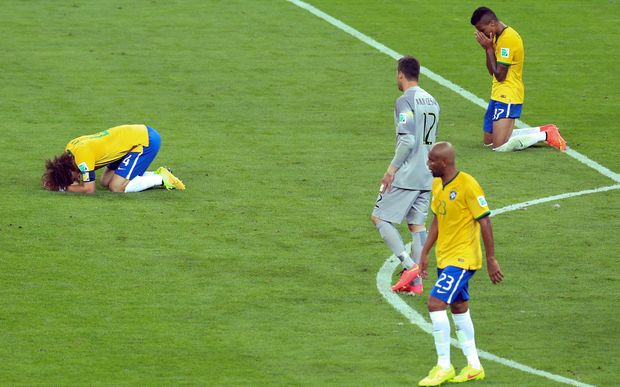 It was the most shocking result in the tournament's history, Brazil's record World Cup defeat, it equals Brazil's worst loss in their footballing history, and is their first at home in 64 competitive matches since 1975.

Germany will meet Argentina or the Netherlands in Monday morning's final in Rio de Janeiro after an unbelievable performance in which striker Miroslav Klose became the tournament's highest scorer of all time with his 16th World Cup goal.

The only consolation for Brazil after a match featuring some truly abject defending from Luiz Felipe Scolari's men was a goal from Oscar in the dying minutes.

Thomas Mueller started the rout with an 11th-minute volley and although Germany looked to be the better team after an early period of Brazil pressure, there was little indication of the devastation about to be unleashed.

The hosts' defence simply caved in.

They conceded four times between the 23rd and 29th minutes with Klose, Tony Kroos twice and Sami Khedira putting Germany 5-nil in front.

Oscar's late goal was greeted by an ironic cheer from the shocked, stunned home fans who were in tears at the end of the most incredible World Cup game ever played.

Germany have romped into the Fifa World Cup final after beating hosts Brazil 7-1 in their semi-final in Belo Horizonte. 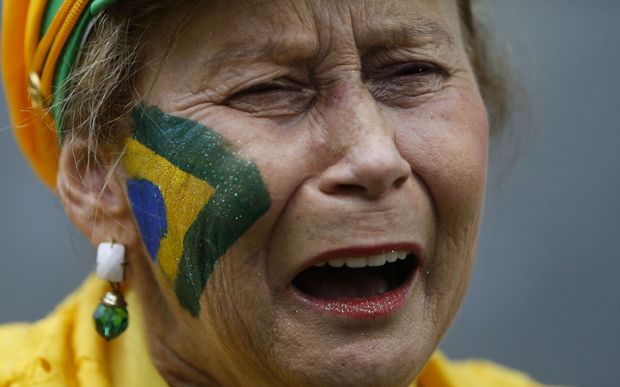 The Germans scored five goals within 18 minutes in the first half to stun the hosts.

Thomas Mueller put the Germans ahead after 11 minutes with a simple volley from a corner and they doubled the lead after in the 23rd when striker Miroslav Klose struck to become the World Cup's all-time leading scorer with 16 goals.

Toni Kroos grabbed the third a minute later and the midfielder scored again in the 26th before Sami Khedira added a fifth as the shambolic Brazil defence caved in yet again just before the half hour.

Andre Schurrle scored the 6th and 7th goals in the second half, while Oscar got a late goal for Brazil.

The game was more competitive in the second half but it was over as a contest by then.

Brazilian fans sobbed in the stands and millions of people around the world were left in disbelief as Brazil's deams of a sixth World Cup title were ended.

The Netherlands and Argentina meet in the other semi-final tomorrow.