The New Zealand racing driver Mitch Evans has qualified third fastest for the feature race at the fifth round of the GP2 series at the British Grand Prix. 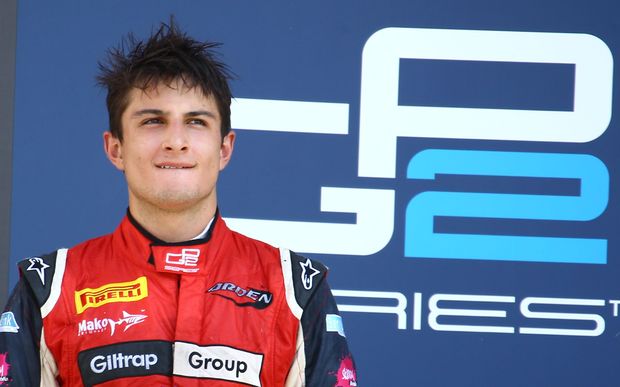 The Italian ran slightly out of sync with his rivals, finding a bit of space to squeeze ahead of championship leader Jolyon Palmer, Mitch Evans and Julian Leal.

Palmer set the first meaningful time, with Evans following him to stop the clocks at just 0.006 behind the Briton, but two minutes later Marciello came round and broke their hearts.

Evan's admits qualifying has been a weak point for him this and says he's happy to be in the top three and knocking on the door for pole.

After four events of the 11 round season, Evans is in 8th place in the drivers championship on 38 points while Palmer is 1st on 117.

The 29 lap feature race at Silverstone contains one compulsory pit stop and tyre change and starts at 1.40am New Zealand time on Sunday morning.

Stanaway is third in the GP3 drivers championship after two rounds of nine.