The Australian teenager Nick Kyrgios has pulled off one of the biggest upsets in Wimbledon history, beating world number one Rafael Nadal in four sets to reach the quarter-finals. 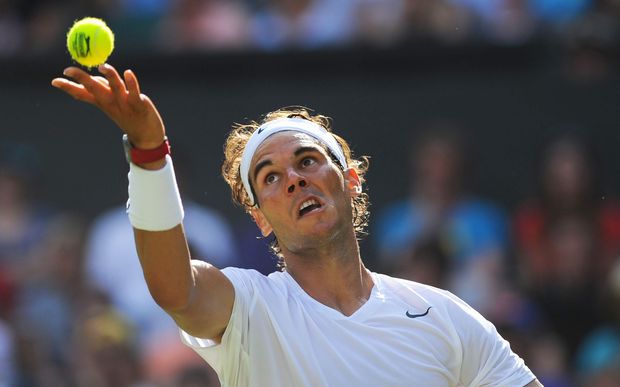 The 19-year-old, the youngest man in the draw, turned a remarkable Wimbledon main draw debut into a spectacular one, defeating the Spaniard 7-6, 5-7, 7-6, 6-3 in just under three hours on Centre Court.

The world No.144 will face Canadian eighth seed Milos Raonic for a place in the semi-finals.

Kyrgios became the first teenager to defeat a world number one at a grand slam since Nadal did it against Roger Federer at Roland Garros in 2005.

Far from overawed in the biggest occasion of his life, a free-swinging Kyrgios lapped it up, going toe-to-toe with the 14-times grand slam champion in an enthralling encounter.

He served brilliantly - blasting 37 aces - reeled off a string of massive winners but also mixed up his game cleverly.

Perhaps most surprisingly, after making a superb start Kyrgios was able to maintain his level through the match.

Kyrgios fittingly sealed the historic win with an ace, raising his arms in joy and looking with disbelief to his support box.

He is the first player ranked outside the top 100 to defeat a world number one at a grand slam since Andrei Olhovsky defeated Jim Courier at Wimbledon in 1992.

Kyrgios also became the youngest man to reach the last eight at Wimbledon since compatriot Bernard Tomic in 2011 and the first to reach the quarter-finals on debut since Florian Mayer a decade ago.