A double from Lionel Messi have inspired Argentina to a 3-2 win over African champions Nigeria, assuring them of finishing top of group F at the football World Cup in Brazil. 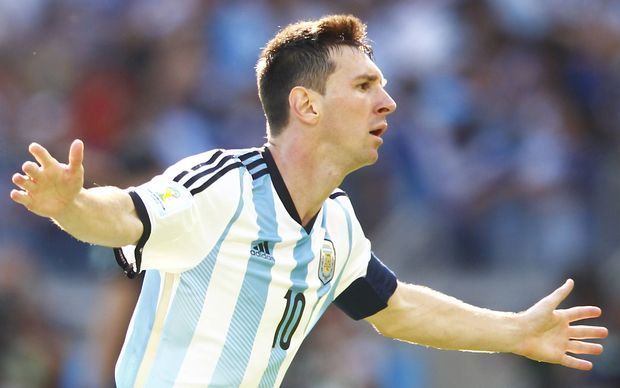 Lionel Messi celebrates his goal for Argentina against Iran at the World Cup. Photo: PHOTOSPORT

Nigeria's defeat - their fourth in four meetings at the finals against Argentina - came with the considerable consolation that they still progressed to the second round as Iran lost 3-1 to Bosnia-Herzegovina in the other group game.

Argentina, who are set to face Switzerland in the second round, began to turn on the style after low key wins over Bosnia-Herzegovina and Iran.

Nigeria, who will be appearing in the second round for the first time since 1998, will face France in the first knock-out round.