The number of dairy cattle in New Zealand has fallen for the first time in about a decade, according to the 2015 Agricultural Production Survey.

Statistics New Zealand says the number of dairy cattle fell to 6.5 million in 2015, which was the first decline after nine years of consecutive increases.

Sheep numbers have continued to decline and there is now just over six sheep for every New Zealander, down from 13 sheep per person 20 years ago. 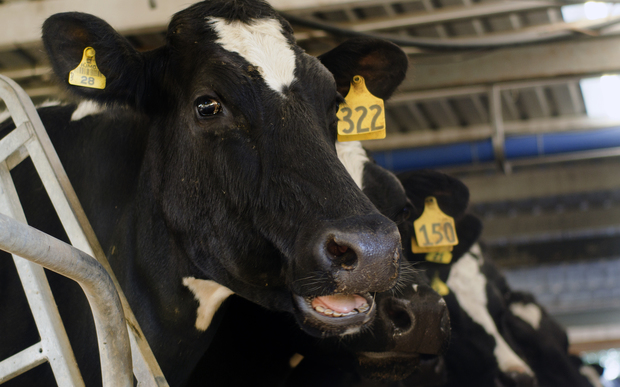 The survey is based on responses from farmers and foresters for the 12 months ended June last year, and it shows the number of dairy cattle has fallen as dairy farmers have slaughtered cows because of the slump in dairy prices.

The biggest fall in animal numbers is in the Waikato dairy heartland where there were 153,000 fewer dairy cattle than in 2014, while Taranaki dairy cattle numbers were down by 8 percent and in Canterbury it was 6 percent lower.

The survey also shows that sheep numbers fell by 2 percent to just over 29 million sheep.

The number of beef cattle was marginally lower at 3.5 million and deer numbers dropped 6 percent to 900,000.