The decision-making process around overseas corporates buying up agricultural land is too secretive, a lobby group says. 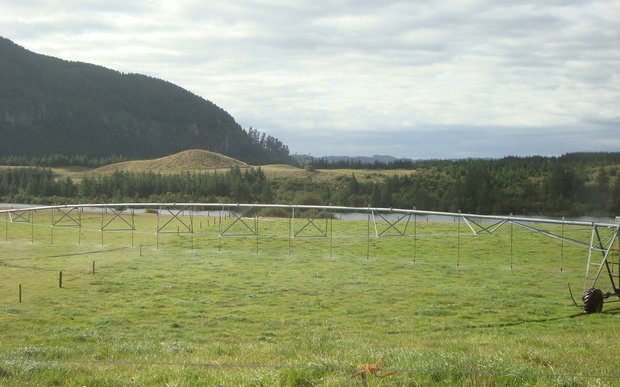 One of the Crafar farms that was up for sale in 2010. Photo: Supplied

The call comes after a woman and two men at the centre of a failed bid to buy the Crafar farms have been found guilty of fraud charges in Hong Kong.

May Wang and two former senior executives of the listed company behind the bid were this week convicted of conspiracy to defraud over the planned purchase of the North Island dairy farms, and laundering of more than $HK85 million.

A spokesperson for the group Save the Farms, Tony Bouchier, said he had spoken to farmers who were worried about the Overseas Investment Office's processes.

Not all of the people who bought farm land in New Zealand were kosher, Mr Bouchier said.

Wang, 53, Keen Chen, 48, and Wenjye Yee, 44, will be sentenced in May, according to a statement from Hong Kong's Independent Commission Against Corruption (ICAC).

The trio are not facing any charges in this country, although the Overseas Investment Office (OIO) did say they would be charged if the prosecution in Hong Kong had been unsuccessful.

They attempted to purchase 22 of the Crafar dairy farms between 2008 and 2010, before their bid was rejected by the OIO.

Chinese company Shanghai Pengxin eventually purchased 16 of the farms in 2012.

Companies associated with the trio bought four Crafar farms in February 2010 but neither they nor Wang - a New Zealand citizen - got approval for the purchase.

The Hong Kong court heard Wang and Chen convinced listed firm Natural Dairy to acquire the Crafar Farms from one of her companies, but that company did not own the farms and intended to buy them with Natural Dairy's cash, using another of Wang's companies.

Wang and Yee also created false accounts to show the farms were profitable, even though they were on the verge of bankruptcy.

The trio had a secret agreement to share the commission from the purchase of the farms and after Natural Dairy agreed to finance it, four of the farms were bought in 2010.

The deal collapsed when Wang was declared bankrupt in New Zealand and arrested with Chen in Hong Kong, with the OIO blocking the purchase of the remaining farms soon afterwards.

The ICAC noted the assistance provided by the New Zealand Serious Fraud Office in the case.