A Northland beekeeper says 400 of his hives were deliberately poisoned because of competition over manuka honey.

At Easter, David Yanke found his bees boiling out of their hives in panic before piling up dead. 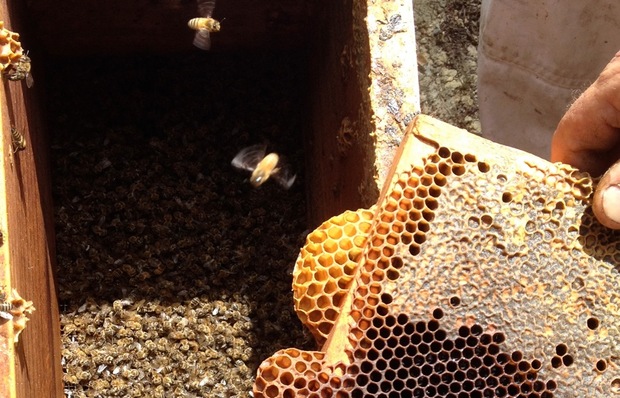 The Ministry for Primary Industries (MPI) has ruled out the cause of death being an exotic pest, and is now testing the hives for poison.

Mr Yanke and his partner, Rachel Kearney, have run Daykel Apiaries for over 30 years and breed queen bees for commercial sale at their property near Taipa.

He said there were now 56 apiaries within 5km of his hives, whereas five years ago there were only a handful. 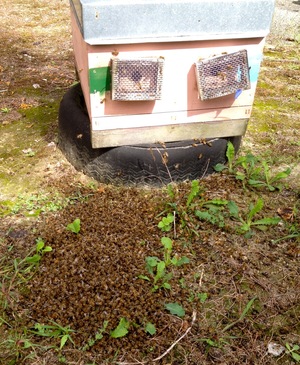 One of Mr Yanke's hives showing the dead bees massed outside. Photo: Supplied

Mr Yanke said bee keeping newcomers were crowding the valley and he thought it was a new arrival who poisoned his bees.

"This valley is already way over-stocked and they think they can just pile more colonies in, I mean a real beekeeper wouldn't do something like this (poison), this is just someone new in the industry who is trying to start up a beekeeping operation right by these nuclear bee yards that I have."

He said deliberate poisoning of hives was more common these days because of soaring manuka honey prices.

"Now it's just greed really that is driving the industry, and I'm afraid it just brings people in that do this kind of stuff and it isn't just happening to me, every beekeeper you talk to has a story of hive thefts, hive damage, poisoning, but this is more extensive than anything else I've heard of."

He said a friend of his had recently called him to say 50 of his hives had been fly-sprayed.

"It's just a madness that's taken over the industry."