However, a spokesperson for the European Dairy Farmers organisation told RNZ Rurals that would not happen in the immediate future.

That was because dairy farmers were lifting production despite low milk prices to get a return on their investments.

But Mr Guy is remaining positive, and said after this tough season it should pick up. 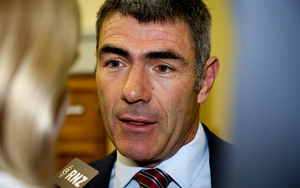 "I'm very optimistic on the medium to long term outlook. So are the Bankers Association and so are Fonterra.

"In China, there is a softening on their one child policy, they're consuming more protein, they're predicted to increase their consumption of dairy by about 30 percent in the next 10 years.

"Some forecasters are also predicting that the global demand may increase by 40 to 45 percent in the next 10 years. We're looking at a period of volatility through a good period of 2016.

Launching a new support brochure for farmers, Mr Guy said MPI wanted to remind them they were not alone and would come out of the downturn more productive and successful than ever.