A North Canterbury farmer whose photo of sheep spelling out 'bugger' went viral last year, has been at it again. 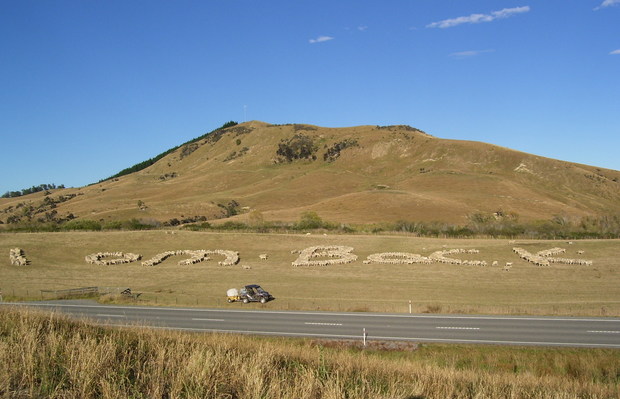 Mike Bowler gathered his sheep to spell out 'I am back'. Photo: SUPPLIED

Mike Bowler who runs nearly 4000 stock on his Parnassus farm used the sheep art to vent his frustration at the on-going drought in the region last May.

The photo of the sheep spelling out 'Bugger' went viral.

"I even had the German version of Federated Farmers call me up about it." 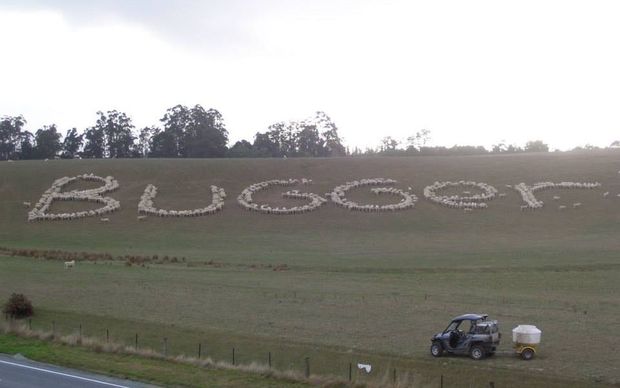 But now Mr Bowler said things are picking up and 'he's back'.

"I wrote 'I am back' because eight months of last year we feed out grain. Because of the drought, it was tough. I spent $230,000 on feed. I wouldn't be able to do that again."

He had over 50 millilitres of rain last week and he was optimistic the good run will continue.

"It's looking pretty green around the place, I'm feeding the last of the grain so thought I better write a message."

Mr Bowler has been farming for about 40 years, 20 of which he has run his own farm.

He writes the messages to keep a smile on his face and to keep those driving past entertained.

"That message was quite hard because it was long, there is a lot of blowing on the horn to make sure the sheep got out of the way when we did it."

This morning he wrote 'Fed Farmers'.

"I am in Federated Farmers and we've got a meeting coming up so I thought 'why not', it was hard though it was the first time I got the sheep out of the paddock when I wrote it and it was actually harder than having them in there."