A native moth whose caterpillars can eat large amounts of pasture has only been found in low numbers on the West Coast so far this summer, AgResearch says. 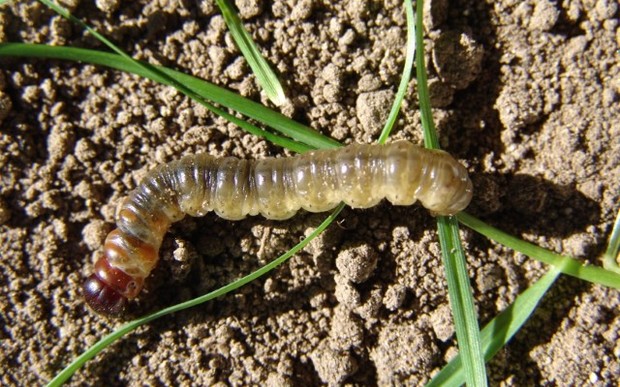 The native porina moth - shown here as a caterpillar - is one of the West Coast's worst agricultural pests. Photo: AgResearch

AgResearch scientist Sarah Mansfield said an unusually wet summer - even by South Island West Coast standards - could be influencing the behaviour of the porina moth, which was one of the region's worst agricultural pests.

Ms Mansfield said field days next week near Whataroa, Hokitika and Greymouth would aim to educate farmers about the moth.

"The numbers of porina moths caught in monitoring traps across the West Coast have been very low, leading scientists at AgResearch to believe the significant rain over January could have reduced the number of moths flying compared with the previous year.

"However, whether this is good news for farmers or will simply extend the moth-flying season remains to be seen."

Young porina caterpillars construct silk-lined casings on the soil surface then, as they grow, build permanent burrows in the soil.

They emerge from their burrows at night to feed, severing grass and clover leaves at the base of plants and dragging them back to their burrows to eat.

"Moths usually fly in large numbers during spring and early summer. They do not feed, but each moth can lay up to 3000 eggs on the pasture surface. Caterpillars and the damage they cause are mostly noticeable from April to September," Ms Mansfield said.

"At low densities, porina are direct competitors with stock for foliage and at higher densities plants are destroyed allowing inferior plant - or weed - species to establish.

"Until now, little has been known about the pest's specific impact in this area. So, the aim of these field days is to update farmers about the work we're undertaking but to also provide fresh ideas for more efficient and effective management using current methods."