With dairy prices down in the doldrums, the state-owned farmer, Landcorp, is venturing into new territory to move away from commodity price swings and into high-priced and in demand products. 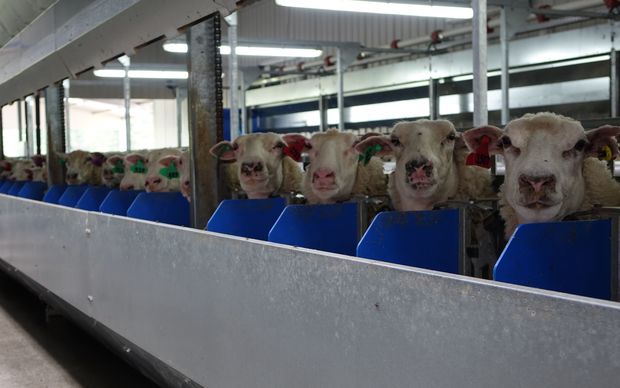 Ewes, part of a sheep-miling venture, are fed supplements that are like chocolate to them. Photo: RNZ/Jemma Brackebush

It is getting into milking sheep, in a joint venture with investment company SLC Group, to create products predominantly targeted at Asian markets.

A few years ago a majority of the land between Rotorua and Taupo was forestry.

Today, 14,000h were dairy and sheep milking under Landcorp management.

Tucked away on a back block, 342h of the Wairakei Estate was being used to milk 3000 East Friesian ewes in a joint venture called Spring Sheep Dairy. 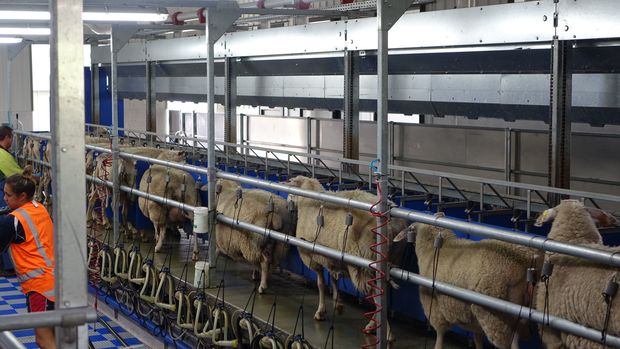 Landcorp chief executive Steven Carden said the move into milking sheep was a step away from dairy, meat and wool. It is New Zealand's largest producer of these products.

"The thing we like about sheep milk is it's a new product, it's a niche product. It's going to be sold as a high-end nutritional product principally into Asia.

"We're just really excited about the fact that we can create a new industry that isn't as exposed to big swings in pricing."

But with demand higher than New Zealand's current production, the industry had to be careful not to grow too quickly, Mr Carden said.

"We have already most of the product already committed this year into Taiwan as a high-end adult nutritional formula, plus we'll have some gelato go into New Zealand stores in April.

They expected to open another sheep milk farm in the next two years, with one more four years down the track, he said.

The operation had almost finished its first season milking under the management of John Ryrie, an import from Scotland with more than 20 years in the business. 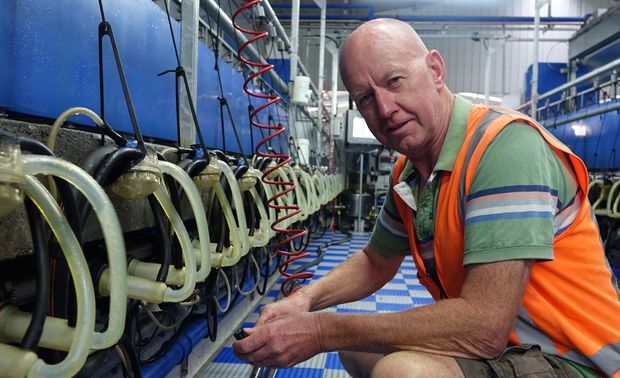 Farm manager John Ryrie is from Scotland, and has more than 20 years experience in the industry. Photo: RNZ/Jemma Brackebush

Two years ago John Ryrie was a guest speaker at a sheep milking conference and a year later he was employed by Landcorp to manage the farm, which began milking last August.

The potential was huge, he said.

"The demand for sheep's milk products is greater than supply the world over and the fact that New Zealand is in a position to supply the pacific rim and asian market makes it a potential leader in world production of sheep's milk."

Russell Clayton was one of six farm workers who all had experience in either dry stock or dairy farming.

His father milked sheep and he was following in his footsteps.

"When I first heard about it when my dad first started I looked at him sideways, a little bit like 'really?', because it was obviously quite new then and not many people were doing it, but now it's starting to take off.

"I didn't really picture myself milking sheep, I thought I would be a shepherd or something along those lines, but now I'm doing it I would never look back."

Sheep's milk offered returns of about $17 per kilo of milk solids, compared with cows milk which was sitting in the $4 range.

And, in terms of environmental impacts, Mr Carden said the nutrient impact of sheep milking was 30 percent lower than dairy cows.

Wairakei Estate still had thousands of hectares to convert and at this stage it was ear-marked for dairy cows, but Landcorp was expected to announce a review of its land use in the coming weeks.