Landcorp Farming and Shanghai Pengxin will go their separate ways once their sharemilking contract comes to an end in June next year. 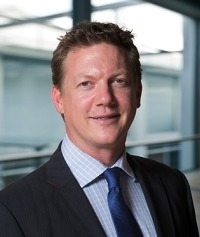 The state-owned company went into a joint venture with Pengxin New Zealand Farm Group at the end of 2012 as 100-percent sharemilker and to develop and manage Pengxin's 16 farms, which run 18,000 cows.

Landcorp chief executive Steve Carden said the partnership had worked well, and the plan was to refocus the company's energies on areas of added value.

"So whether that's, in the dairy space, looking at A2 milk, winter-milk opportunities, potentially organics, looking really hard at what we can do with our wool and meat customers and contracts.

"But it's also new products ... like the sheep milk initiative we have underway at the moment which is all about us expanding into new products into new markets where we think we can attract some really high end, niche, premier pricing, and not be exposed to the commodity ups and downs of pricing we seem to have in our conventional dairy business."

Mr Carden said Landcorp was optimistic about the longer term prospects for dairying.

"We recognise that for us as a large-scale company there are quite a few changes we need to make in terms of how we are farming, particularly around the environmental approach we are taking and our treatment of animals and the staff on our farms and also we are quite keen to look at ways that we can actually produce different sorts of milk that do attract premiums."

Pengxin New Zealand chief executive Andy Macleod said the contract with Landcorp had been worthwhile and it was comfortable with the change.

"So there's no doubt about it the assets have improved immensely in the last three years, and still another year of improvement to go, and the farms will be in a sustainable state and are farmed for the future."

Mr Macleod said he was not ruling out further expansion by Pengxin though there was nothing in the pipeline at the moment.

Landcorp will continue to run the farms over the next 18 months and said it was committed to ensuring a smooth transition of the properties, stock and staff at the end of May next year.