Fruitgrowers expect a record harvest this year but it could be overshadowed by a huge shortage of workers. 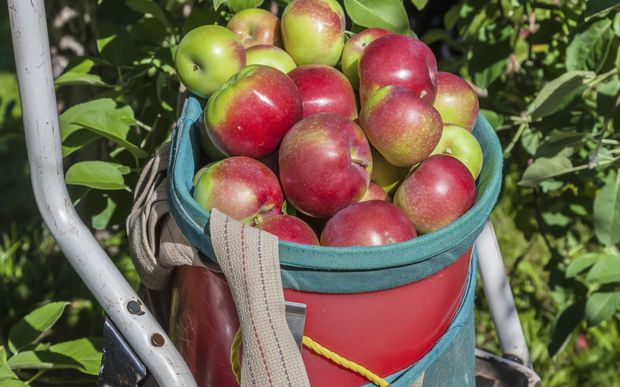 It has been estimated that wine, apple and kiwifruit growers could be short by up to 2000 workers this year, and more in coming years.

Apple picking is about to start in Hawke's Bay and the industry has predicted a bumper crop, with 19.5 million cartons worth $700m forecast for 2016.

At its recent annual open day for workers it said it had the lowest turnout rate for five years.

Craig Treneman, the operations manager for Bostock, which is the country's largest organic apple exporter, said it was struggling.

"We thought there would be enough locals - we're just really struggling this year to find enough people."

The best pickers could make up to $250 for a nine-hour day, he said.

"We're trying to find as many people as possible. We've got lots of locals, we've got RSE [migrant workers on the Recognised Seasonal Employee scheme], we've got backpackers on holiday visas and we'll just be working seven days a week."

"From a pipfruit and kiwifruit and wine point of view, it's very exciting - but at the same time it's a daunting task and a big mountain to climb to bring all that harvest into the coolstores, into the packhouses and actually get them exported overseas. It's a large crop of very good quality."

He estimated up to 50,000 seasonal workers would be needed but growers could fall short by up to 2000.

"It's a humungous job to do and we're quite worried that we may not have enough staff at the right time to be able to actually harvest a crop."

Among them, hundreds from Vanuatu have been arriving just in time after problems with the runway in Port Villa threatened to ground them due to cancelled flights.

Hastings-based Crasborn Fresh Harvest employs up to 1000 seasonal workers and is just days away from peak picking season.

Its head of human resources, Ross Howard, said without the Vanuatu workers they would be in trouble.

"All our numbers are going to be here as long as Air Vanuatu don't pull out of the flights, but at this stage it's looking good. But we're always looking for more people."

Mr Howard said the labour shortage would get worse as the annual harvests increased - exports of apples alone have been forecast to reach $1 billion by 2022.

He said the government and industry needed to look at higher pay rates, raising the cap on migrant seasonal workers and making the work more attractive to New Zealanders.

"There's more to it than just picking an apple and packing an apple. There's a whole raft of tradesmen, there's IT, marketing, we have everything involved in our industry but everyone sees it as a slightly dead-end job of picking an apple."

Mr van Beek said the full extent of the shortage would not be known until peak picking season kicked in.

"And then when the harvest or the packing starts, they can only fill one of those positions - so the worker that you thought you had on your books starting on say Monday the 24th is no longer there any more, because he's actually taken the job somewhere else."

Mr van Beek said the industry was working with the government on a supply and demand model for coming years which would predict the number of workers needed.

This season, he said, the fruit would not be wasted but the big harvest would come at a cost for workers and growers with long hours, and six- or seven-day weeks without a break.