More work needs to be done to find out how toxic herbicide tolerant (HT) swedes are to sheep, beef cattle and deer, a Southland vet says. 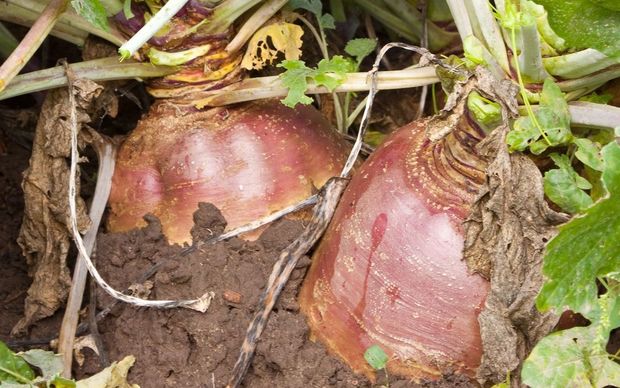 Hundreds, if not thousands, of dairy cows died in 2014 after they had been fed on swedes, mostly the new herbicide tolerant variety developed and sold by PGG Wrightson Seeds.

Farmers were subsequently warned not to feed the chemically mutated HT swede variety to cows when they were heavily pregnant or with calves because they were producing unnaturally high levels of glucosinolates, which are toxic to livestock.

"The HT swedes in the plant samples showed a higher level of glucosinolates which have caused a problem with animal health. The recommendation we are making is certainly not to feed them during the spring," Dr Kyte said. However, because the working group only took samples of the HT swedes during spring, it was unable to say whether the crop was safe for livestock at other times of the year.

Mark Bryan of VetSouth said there was anecdotal evidence that sheep and deer also became sick or died after eating HT swedes.

Mr Bryan said several people had come forward to discuss the issue but it was very hard to be sure of the numbers affected.

"We understand now that HT swedes, certainly in the winter of 2014 and more recently in 2015, we know now they have caused a lot of death and disease in dairy cattle, and although sheep do behave differently on swedes we don't even understand why they behave differently.

"They are still ruminants so we would expect them to behave with reasonable similarity to beef cattle but we need to do some more work on these other species," he said.