The government's claim that 95 percent of dairy farms have fenced their waterways is a lie, an environmental scientist says. 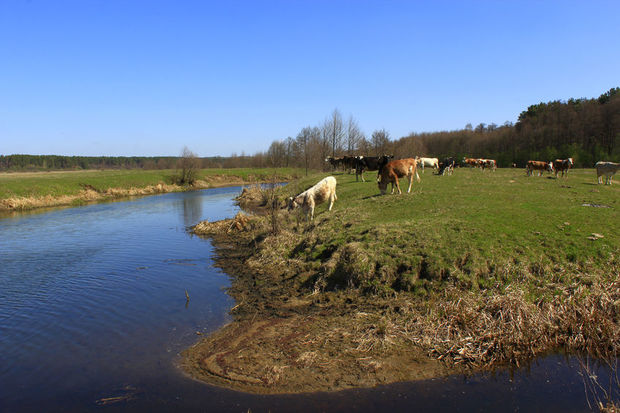 The only answer was for the government to be stricter on the intensification of dairy farming said Dr Mike Joy. Photo: 123RF

Dr Joy said the Sustainable Dairying Water Accord only required rivers, streams, drains, springs, lakes and wetlands over 1m-wide and 30cm deep to be fenced.

It was a good start, he said, but fencing the larger waterways did not get to the root of the problems as smaller streams would still contaminate them.

"If the small streams were fenced you'd get a much better result from that because the smaller streams will respond much better to having cover and shade and not having sediment and pathogens going into it."

However, the government said the recent Land and Water Forum report recommended excluding stock from some waterways, depending on the terrain.

In a statement, Primary Industries Minister Nathan Guy said: "Since 2000, New Zealanders have committed about half a billion dollars through taxes, rates and private and voluntary initiatives to clean up and protect our lakes and rivers."

But Dr Joy said throwing money at clean-up projects and fencing was not the solution.

The only answer was for the government to be stricter on the intensification of dairy farming, he said.

"It doesn't effect the amount nitrogen getting in the water, which is really the key issue with intensive farming in New Zealand, it (nitrogen) doesn't come over the land - it goes through the land and it's mostly through urine patches in the paddocks.

"You could have 100 percent of waterways fenced off and you would barely touch the nitrogen problem because all of these problems come from having too many cows on too smaller an area of land."

The government is drafting a discussion document on the next steps on freshwater management which will be released early this year.