Hunterville, about an hour's drive north of Palmerston North, is usually a quiet town that services the vast sheep and beef stations and dairy farms surrounding it.

Located in the heart of the Rangitikei Region, Hunterville is known as the huntaway dog capital of the world - and it even has a huntaway statue to prove it.

It has a population of about 600 residents and the town boasts quaint shops, modest homes and streets lined with blooming cherry blossoms.

But on Saturday the streets were packed with thousands of farmers and townsfolk, along with hundreds of huntaway dogs. The drawcard? The 18th Hunterville Huntaway Festival and its main attraction: the 'Shepherds' Shemozzle'.

It is known as one of the country's most gruelling 3km races, challenging competitors' fitness, mental strength and, of course, relationships with their dogs.

Rural reporter Jemma Brackebush and video journalist Alexander Robertson went along to see what the shemozzle was all about. 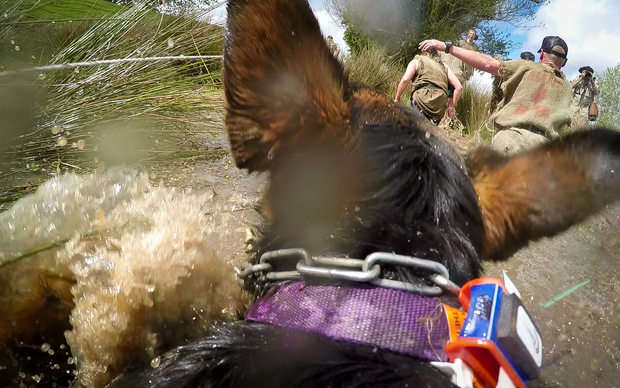 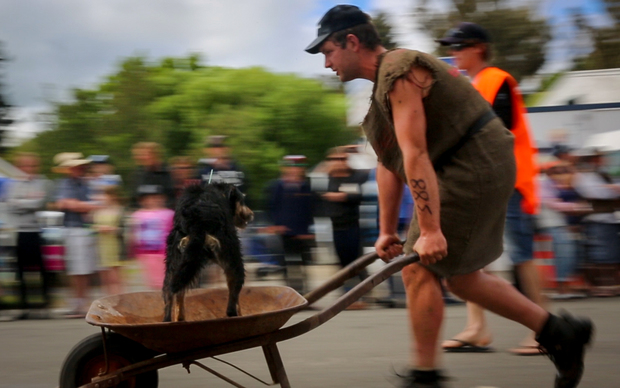 The race is known for its 'organised chaos' Photo: RNZ / Jemma Brackebush 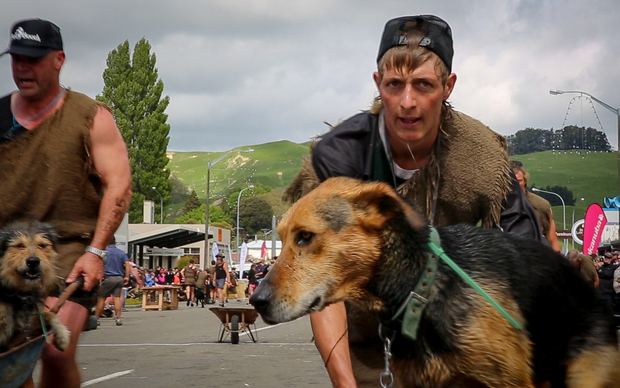