The majority of dairy farmers in large parts of South Canterbury are breaching their resource consents for the disposal of effluent. 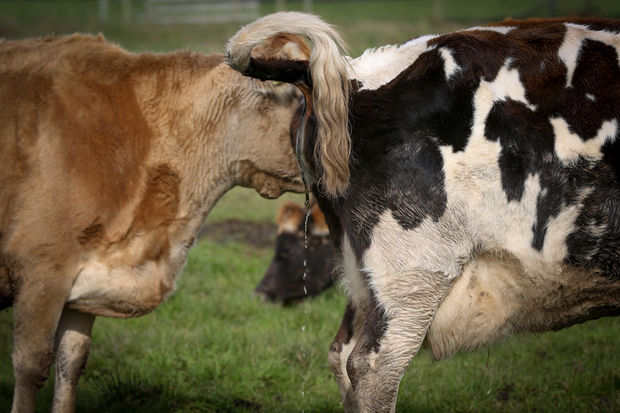 The findings in a Canterbury Regional Council report also showed the number of abatement or warning notices issued in the last dairying season had nearly tripled across Canterbury.

The region-wide report monitored about 15 percent fewer farms than in the previous year, because of a decision to not check on farms considered to be low risk.

The council said this meant results for the current period could not be directly compared to those for the previous one.

The worst offenders were in the south of the region including Upper Waitaki, where three-quarters of farms were non-compliant, the Orari-Opihi- Pareora area with 52 percent non-compliance and Lower Waitaki on 46 percent.

The Christchurch-West Melton zone made it through the year with no cases of non-compliance.

The report noted that dairying was important to the local economy and that herds in the region were more than double the national average at 912.

It also mentioned a doubling in the number of dairy farms in Canterbury compared to ten years ago, with just under 1200 now operating.

For the second year running, no dairy farmers were prosecuted by the council for breaching their consents.