Forest and Bird says its judicial review of the Ruataniwha Dam land swap will be a legal test for other specially protected areas.

Forest and Bird is seeking a judicial review of a deal between DOC and HBRIC to swap 22 hectares of specially protected conservation park land in Ruahine Forest Park for private land on nearby Smedley Station.

The protected land, which is home to several threatened species, could be flooded by the dam reservoir and Forest and Bird lawyer Sally Gepp said the organisation would argue it was unlawful.

The legal action would disrupt HBRIC's plans to complete the dam business case by the end of the year, she said.

Ms Gepp said the aim was to have DOC's approach tested in court.

"If this approach isn't challenged then it sets precedent for DOC to take this approach in relation to any specially protected conservation land that it wishes to exchange to enable developments to occur."

Ms Gepp understood there was almost a million hectares of land in New Zealand that was specially protected, which included conservation parks, wilderness areas and ecological areas.

"This particular issue hasn't come before the court before but the High Court has previously said that when land is reserved for conservation purposes then it is to remain reserved until there's a good reason for changing that situation.

"We say that good reason doesn't include downgrading the status of land to essentially get around a restriction in the Conservation Act." 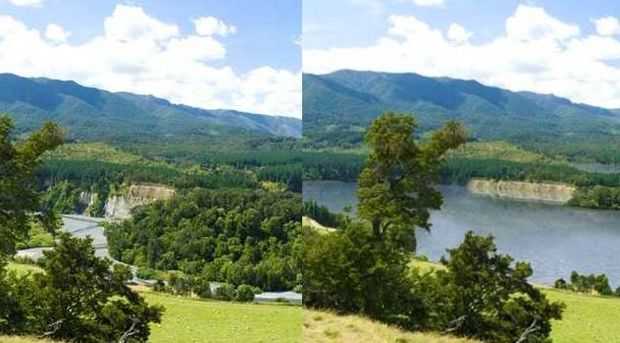 Hawke's Bay Regional Councillor Tom Belford said if Forest and Bird succeeded in a judicial review then the whole project would have to be reassessed.

"My understanding is given the placement of this land that if it cannot be flooded - if that's the outcome of this litigation then effectively this legal challenge becomes a dam buster.

"I'm assuming HBRIC thought this was all done and dusted and tightly wrapped up legally probably a year or two years ago and never gave it a second thought.

Modelling would have to be done on the low-lying land to determine if it could be submerged by a resevoir," he said.

"We've been told it could compromise at least 50 percent, if not much more of the storage capacity of the proposed dam. If it's anything like that or near that the entire feasibility of the project has to be reassessed."