An alternative to Silver Fern Farms' deal with a Chinese meat processor has emerged, but the farmer leading the proposal says shareholders first need to vote down the Shanghai Maling deal. 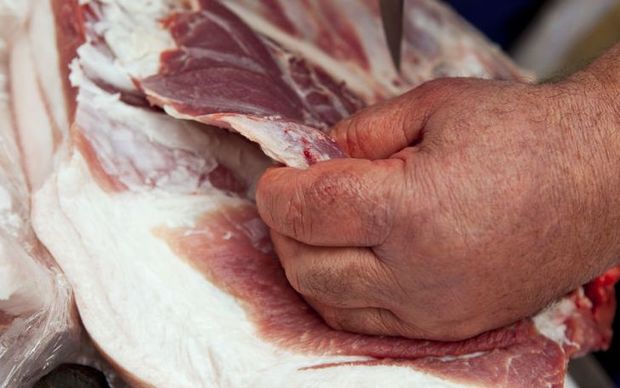 Southland farmer John Cochrane said it was proposed to raise $100 million through selling shares to farmers at 40 cents each, and underwriters have gauranteed up to $90m in cash.

Mr Cochrane said the proposal had the backing of agribusinesses and a bank, but he would not say who was behind it. He said farmers must first vote no to the Shanghai Mahling deal, and Silver Fern Farms would then have to look at other options.

Silver Fern Farms is a 75-year-old co-operative representing more than 16,000 sheep, cattle and deer farmer-shareholders who own and operate 19 processing sites around the country.

Last month it was announced that China's largest meat processor, Shanghai Maling, would invest $261m into the company to create a 50:50 partnership.

But the money raised under the new proposal would allow Silver Fern Farms to wipe its debt and keep the company in New Zealand hands, Mr Cochrane said.

"The deal that we've got for the farmers to put their own money up is 250 million shares at a list price of 40 cents. And the reason they're 40 cents, that's the value-weighted average price the shares were trading at before Silver Fern Farms put a halt on them.

"Now, with this deal, the average farmer with 25,000 shares, it's about 62,000 new shares that he would be asked to buy and that would cost him $25,000, but for that $25,000 we will give them a preferential status on those shares and they will have preferential guaranteed dividends paid to them at 8.25%.

"So the farmers could effectively borrow that money and it will be absolutely cost neutral to them for five years."

Northland Federated Farmers president Roger Ludbrooke said he was now in favour of the proposed deal with Shanghai Maling after his questions were answered at a roadshow meeting.

Mr Ludbrooke said the deal almost seemed too good to be true.

"Silver Fern Farms seems to have negotiated an incredibly good deal from a relatively weak position, given the debt they have. And there were some good things to come out of it that I didn't know.

"Importantly, Silver Fern Farms won't be tied into an exclusive supply deal with Shanghai Maling. They will still be able to go into a market place and sell their product for the best price they can achieve, whoever it is.

And the other thing was, there appears to be in the contract no way that Shanghai Maling can increase its stake with over 50 percent and neither can Silver Fern Farms without buying of each other."