Analysts and farming leaders say today's lift in international dairy prices will boost morale but there is still a long way to go. 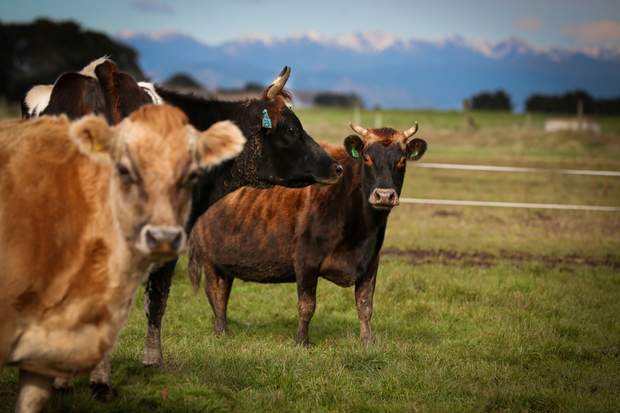 Almost all commodity prices rose overnight, including the key whole milk powder price used by Fonterra to set its payout to farmers.

Whole milk powder soared 20.6 percent to $US2495 per tonne, and is now above the $US2200 mark analysts have said it needs to reach to meet Fonterra's forecast payout of $3.85 a kilo of milk solids.

Overall, the amount of product sold rose slightly, to 36,050 tonnes.

AgriHQ analyst Susan Kilsby said the volume of whole milk powder offered was still 5 percent lower than the previous auction and down by 43 percent on the same auction a year ago.

Ms Kilsby said the lower volume of product, along with expectations that New Zealand milk production would fall this season, were behind the lift in prices.

"We've got lower volumes on offer but we're also seeing there's a lot more talk around about El Niño and the expectation it will be drier in New Zealand this summer... that's heightening buyers' awareness and making them procure purchases now," she said.

Despite the sharp rise, University of Waikato agribusiness professor Jacqueline Rowarth said there was a long way to go until Fonterra was able to pay farmers a fair price.

Ms Rowarth said the price trend needed to continue and Fonterra had a lot of work to do behind the scenes in order to sell its products at a good price.

But he agreed it was still going to be a tight season - and he did not expect to see a lift in the farmgate milk price for a while, as a lot of product had already been sold at lower rates through forward contracts.

"Even if we do see continuing price rises and whole milk powder gets back into the $US3000 range, I'm no expert, but that means we might get the farmgate payout price back into the $4-somewhere range, maybe," he said.

"But, if you recall, that's still for most farmers going to be either at the cost of production or below it."

The price rise overnight follows a 10.9 percent increase at Fonterra's last global auction on 2 September, and is the third consecutive increase after months of falls.

On 4 August, prices were at their lowest in the seven-year history of the GDT auction.