The next six weeks will be critical for West Coast farmers whose stock condition is deteriorating, due to a lack of feed, says the Ministry for Primary Industries (MPI). 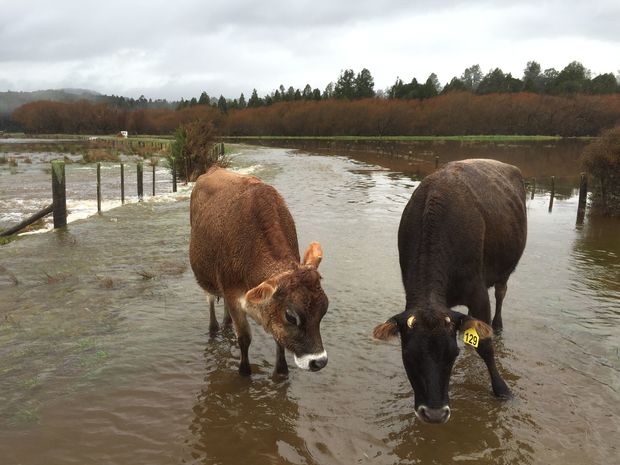 Flooding at Aratika on the West Coast in June. Photo: Katie Milne

MPI Animal Welfare Manager Peter Hyde said West Coast farmers who were short of feed should seek help early if there were signs that stock were beginning to struggle.

"So the condition of the cows is a bit lighter than certainly optimal at this time of year, so we are a bit concerned about that.

"Animal welfare inspectors are making regular trips over to the Coast to keep an eye on some of these farms with lighter cows. They are finding they are below optimal, but not to the point where they are below the minimum standard.

"Once you get below body condition score 3 and below, a minimum standard, then we would be ordering the farmer to take some steps. We are not finding them at that stage yet, but they are certainly below optimal condition."

Mr Hyde said farmers should not be worried if animal welfare inspectors showed up.

He said MPI was not there to persecute farmers who were up against it and wanted to help farmers looking for solutions - such as liaising with Federated Farmers to see what was out there in the way of supplementary feed, and put owners in contact with the Rural Support Trust.