The Chatham Islands has a huge, untapped potential for farming but a better understanding of soils is needed, one of the islands' farmers says. 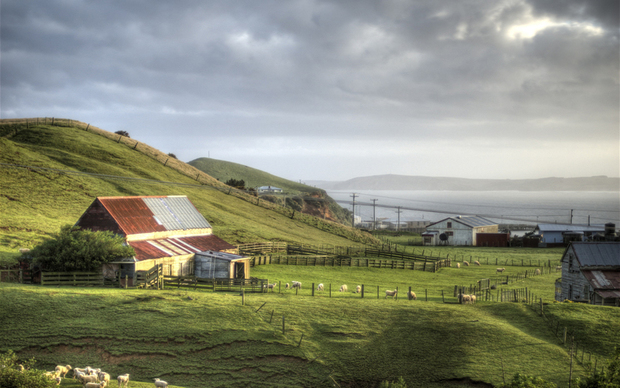 A farm on the Chatham Islands. Photo: Flicker / Ville Miettinen

The islands are part of New Zealand and lie 750km east of the South Island.

Federated Farmers Chatham Islands chair Tony Anderson said there were 15 large farming operations there but many farmers worked a second job in the fishing industry.

Mr Anderson said there was a lot of opportunity for growth because of the fertility around the edges of the island from the sea, but he said more knowledge was needed.

"I think the island has beautiful soils and a great climate. The problem at the moment is that the soils have depleted in terms of fertility, and I think if we address that we'll see a lot of growth," he said.

"We do need to have a better understanding of our soils, we have quite unique soils. There's a lot of peat here, perhaps similar to the Waikato.

"It's very sterile at the moment but it could well become incredibly productive."

"But it's quite a fragile soil to develop and we have a fairly poor understanding of how to do that, and also the capital involved."

Beef + Lamb were visiting the islands with a consultant next week and "have a few workshops around the island and look at a few of these issues".

There was no abattoir on the islands, so sheep and cattle were shipped to Timaru and Napier to be processed.

Transport links were therefore one of the main challenges but Mr Anderson said government support helped, with one new wharf built and another on its way.

"The island in general is perhaps about 20 to 30 years behind New Zealand in many aspects," he said.

"It's difficult here to support a lot of systems. Logistics are difficult, for example if you have a tractor and it breaks down, you generally have to fix it yourself, you have to be able to order the parts in and there's a delay until it arrives.

"A lot of systems are like that, where it's quite difficult to sustain an operation for any length of time - not without incredibly good planning and some expertise."

On the up side, they did not face problems other New Zealand farmers did, such as rabbits, he said.

"So our issues are mainly our isolation and our transport links."