The country's largest rural insurer, Farmers Mutual Group, has announced an after tax profit of $26.7 million, its sixth consecutive profit.

"Eighty percent of our investments are cash and bonds, so very secure and relatively stable. We take a conservative view, and the other 20 percent is in equity investments. We use that profit in a range of ways, firstly adding to reserves."

"Pleasingly we're over twice the minimum capital required by the Reserve Bank regulations. It's important for us to make a profit as a mutual, but we don't pay dividends; we invest it back into the business for the benefit of members and clients."

Mr Black said FMG had received about 500 claims related to the flooding that struck the lower North Island in June, which had cost $3.5 million dollars so far. 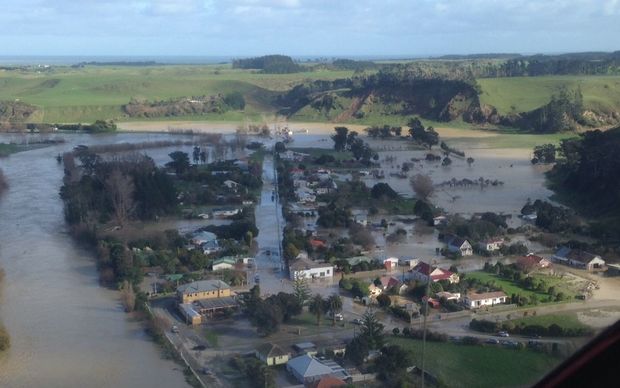 "That's been really tough to be on the flatter country with the dairy side in terms of flooding. And then if you're on the hill country as a sheep and beef farmer, the landslips have been a real problem. Some of that is covered by insurance but some of that landslip impact isn't."

Mr Black said the damage had made it difficult for FMG to move round the affected farms to assess the damage.

"Bridges and culverts have been washed away (along with) a lot of fencing. From a claim point of view, we'd expect to have most of those settled up in the next couple, three months. We've already settled probably 30 percent of them.

"But the broader impact in terms of the landscape, it'll take years to recover for some farmers."

Mr Black said FMG still had about 150 Canterbury earthquake claims to settle from a total of about 3,500, which it hoped to resolve by next March.