Independent dairy processors are collecting an increasing share of the country's milk supply. 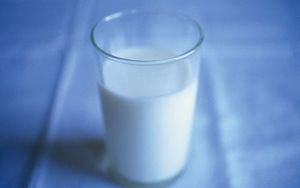 And for the South Island, that's triggered an official Government notice signalling an end to provisions built into dairy regulations to ensure competition for milk.

The pro-competition measures are part of the Dairy Industry Restructuring Act, or the DIRA, which cleared the way for the mergers that created Fonterra as the country's dominant dairy company in 2001.

The act requires Fonterra to supply smaller processors with milk until they can establish their own supply.

The Government monitors the amount collected by those companies.

And Primary Industries Minister Nathan Guy announced that independent dairy processors in the South Island have hit the threshold.

They collected 22 percent of the milk solids produced there last season, compared with nine percent in the North Island.

That has triggered an expiry notice for the competition rules in the South Island by the end of May 2018, unless the legislation is changed before then.

Mr Guy said the figures showed there was increasing competition in the New Zealand dairy industry.

The Commerce Commission has been reviewing that. Its report will help to guide the Government on whether it needs to keep the competition rules in place for longer, or to start the move towards deregulation.