Fonterra's farmer watchdog body, the Shareholders Council, says it's had no indication of a mood among farmers to support a vote of no confidence in the board. 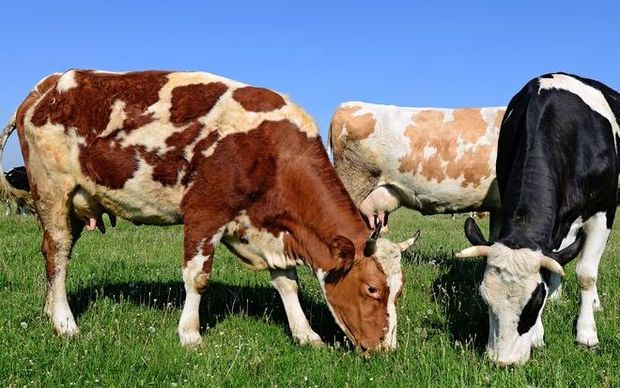 Struggling dairy farmers expect Fonterra to slash its forecast payout again on Friday after another big drop in dairy prices.

Some economists say the milk price could fall as low as $3.50 per kilogram of milk solids after international prices at the Global Dairy Trade auction slumped to a 12-year low.

Last month it axed more than 500 jobs as part of a major corporate shake-up and will announce more redundancies next month.

The call for a no confidence vote came from agribusiness professor Jacqueline Rowarth, in response to the way the dairy co-operative was responding to falling international dairy prices.

Professor Rowarth said a vote of no confidence in Fonterra's board and management would require the board to stand down and new elections would have to take place.

But Fonterra Shareholders Council chair Duncan Coull said there had been no other calls like it.

"I must say I'm quite surprised at the level of conjecture in the views expressed by Jacqueline, I think [it's] a lot of opinion but very little substance.

"As the chairman of the Shareholders' Council, it's my role to report on facts as I see them, so we are having some shareholders that are asking hard questions of our board and management, but this is the first I've heard directly of anyone asking for a vote of no confidence in the board as a whole."

Mr Coull said if the Shareholders' Council felt Fonterra wasn't carrying out its legal duties, it would be the first to ask for change.

Meanwhile, DairyNZ - the dairy industry body - has predicted a drop in the country's milk production this season, as farmers tighten their belts and cut costs.

DairyNZ senior economist Matthew Newman said farmers were intensively focused on removing whatever costs they could and this could lead to 2-3 percent less milk this season.

"I think there's two key factors. The first is fewer cows. So last year we saw 185,000 more cows culled than the previous season.

"And the second factor is less supplementary feed being used this year than the previous few years, simply due to financial constraints. So we're more likely to see supplementary feed grown on farms, but less purchased feed, such as palm kernel and grains."

Mr Newman said the big question still hanging over the season is what the El Nino weather pattern will bring in terms of weather conditions for farmers in late spring, summer and autumn. He says dry conditions in the summer, could trim milk production even further.

Another factor that could reduce milk production has been raised by Federated Farmers dairy chair Andrew Hoggard.

He said he has heard some farmers were cutting back their dairy herds so they can run beef cattle as well, to take advantage of high beef prices.

But he added that it was not an option that was open to all dairy farmers.

"So if you've got a brand new shed and you've got all the brand new infrastructure around dairy, you wouldn't be in a position really to justify doing that. Whereas at the other end of the scale, perhaps you've got a shed that's near the end of its useful life and needs to be extended and it's just not quite keeping up.

"So some of those farmers may look at it and decide, let's not build a new shed right now. Let's scale back on cow numbers and run a few beefies for the next few years and when things pick up we can reinvest in that infrastructure."