The scale of the drop in dairy prices overnight came as a shock to Federated Farmers and pushed down the New Zealand dollar by about two percent against its American counterpart.

At midday, the dollar was sitting at 65.66 against the US, with the weak inflation data putting further downward pressure on the kiwi, its lowest since June 2010.

The overall average for dairy commodities in the Global Dairy Trade auction fell 10.7 percent to $US2082 per tonne.

At the latest overnight auction, prices fell 10.7 percent to $US2,082 a tonne, the ninth consecutive fall.

The benchmark price of whole milk powder took a dive of 13.1 percent to $US1848 per tonne, its lowest price for the past six years.

Weaker-than-expected inflation also added to the downward pressure on the kiwi.

ANZ's senior foreign exchange strategist Sam Tuck said the kiwi lost just over a cent against the greenback, and has fallen against most currencies.

Federated Farmers chairman Andrew Hoggard said he was expecting another dairy price fall, because world markets were depressed, but the scale of the drop had come as a shock.

"I knew it wasn't going to be pretty - but that's definitely fairly ugly," he said.

Mr Hoggard said he was considering whether reducing his milking herd numbers would help cope with the price drop.

"What we might do today is quickly run a budget. If we cut back on cow numbers and keep everything confined to home, will that actually be a smarter financial decision?" said Mr Hoggard.

"Obviously we'd get less milk production but reducing some of those input costs and other costs could balance out, so we could run at a slightly better margin."

Mr Hoggard said although he remained optimistic, it could be a tough season ahead.

"It's still early days so things could turn around, but the signs aren't great for a recovery anytime soon this season." 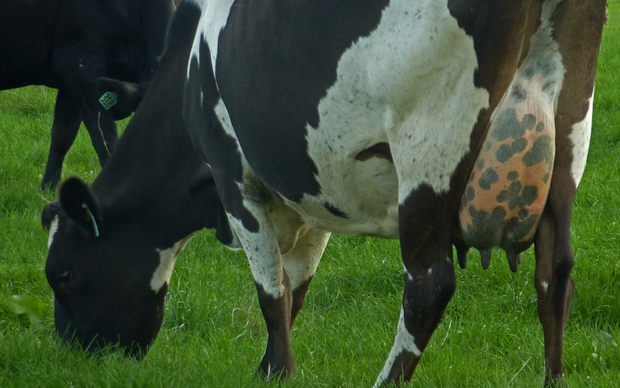