A former Taranaki farmer who lost her farms as a result of interest rate swaps is calling for other farmers to join her fight against the bank that sold the swaps to them. 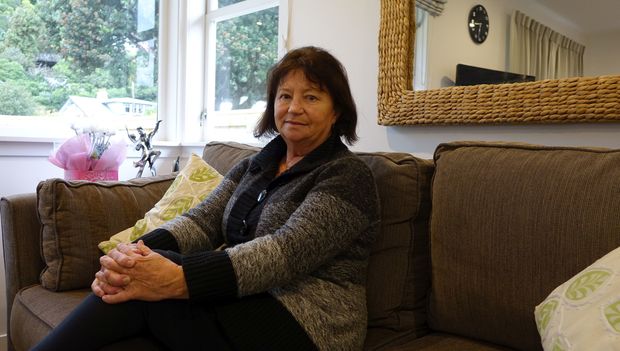 Angela Potroz and her family lost millions when they sold their farms. Photo: RNZ / Jemma Brackebush

Angela Potroz, her late husband John, and her extended family lost millions of dollars when they were forced to sell three sheep and beef farms in north Taranaki to pay off debt incurred as a result of the swaps.

She has been told to keep quiet about her story, but since losing her farms, and the death of her husband, Ms Potroz said she has got nothing left to lose.

"The banks, the lawyers and anybody I talk to tell me not to say anything to anyone.

"I don't believe that now, I believe I should have come out with this a long time ago.

"I'm on my own, there is not much for me to lose now, and if they think that I should not say anything to anyone, it's just ridiculous.

"My sympathy goes out to everybody, I'm totally devastated and I don't really have much to lose now, only my life, and they've literally nearly taken that, so what is there?"

Interest rate swaps are like a fixed rate loan, which some banks offered farmers and other commercial customers to protect them from rising interest rates.

He suffered a stroke ten days after the first farm was sold, which Ms Potroz believes was as a result of the stress.

The Commerce Commission has found ANZ, ASB and Westpac misled farmers about the benefits, risks and suitability of swaps, which were sold to thousands of farmers between 2005 and 2009.

The commission began an inquiry after complaints from farmers who said swap contracts they bought to protect them from interest rate rises had instead ended up costing them heavily.

The rates had done the opposite to what was expected and had fallen, leaving farmers locked in to higher rates they could only get out of through an expensive buy-out option.

Ms Potroz said rates payments of up to $120,000 a month crippled her family's business.

"We were locked into a ridiculous interest rate that was killing us... we were still farming, we were still getting good money, but we were being sucked dry with interest and that was so hard, to see you were working for just the bank."

One of the farms was sold to an ANZ rural bank manager and Ms Potroz said when the family discovered who had bought it they felt even more robbed.

In a statement ANZ said a staff member declared a potential purchase interest and it was confident its conflict of interest policy was followed in this case.

Ms Potroz has received an offer of $78,414 in compensation, but if she accepts, she will not receive it as cash.

In a letter, the bank told her the money will be set off against what she still owes as a result of the swap loan.

She is calling on farmers to take action against the banks.

"We were made out to be the criminals, but the criminals were the bank and still are, because of the way they're treating us at the moment, with this Commerce Commission and with what they think is compensation.

"I would like to see a class action where all farmers get together and make this a case, and make it easier on all of us by going as one voice, to be able to right these wrongs as a faulty product that should have never ever been used for agriculture farming, at all," she said.

When asked what she does want, she replied simply, "an apology."