A stock transporter in north Canterbury says he has trucked nearly 20,000 sheep out of the area to date because of the drought, and claims he has never seen anything like it before.

North Canterbury, particularly Cheviot, is suffering from an ongoing drought, and farmers are having to choose between culling capital stock or sending them to graze in other regions, at quite an expense. 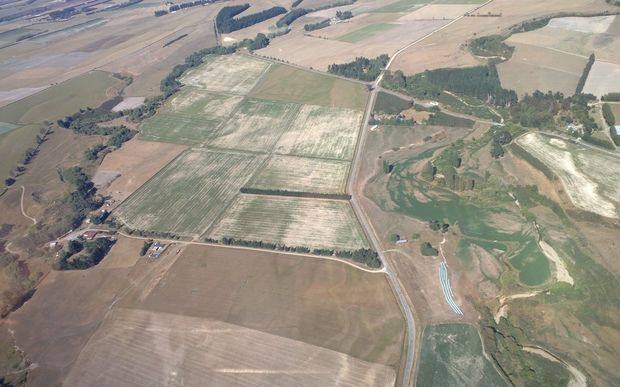 Cheviot Transport owner Barry Hanna, who has been driving trucks for 45 years, said he had not seen a drought as bad as this in a long time.

He said the area has had six millilitres of rain in the last 14 weeks and the drought was really taking a toll.

"It's having a very big effect on the farmers and their families at the moment, you can tell by their voices, I talk to a lot of farmers every day.

"They're getting very despondent and wondering what their next avenue is going to be."

Mr Hannah said he had never shifted the number of stock he was moving at the moment.

"In other years we haven't done anything like this, by the end of next week we would have taken 20,000 hoggarts and ewes out of here, plus other carriers that have been in here taking stock away - some to Blenheim, mostly it's all going to Ashburton, Methven areas."

Mr Hanna said he was fielding calls from farmers who were asking where they could send their animals for grazing, while others were culling on a massive scale.

"There won't be very many lambs left here shortly; ewe lambs are getting culled heavily and a lot of beef cows.

"A lot of the beef herds are being halved, by now all the 18 month old cattle in the area have gone, there's no calves left, everybody's selling heifer calves as well. It's getting pretty serious," he said.