The rest of the year will be tough for farmers after international dairy prices took another another hit overnight, dairy analysts say. 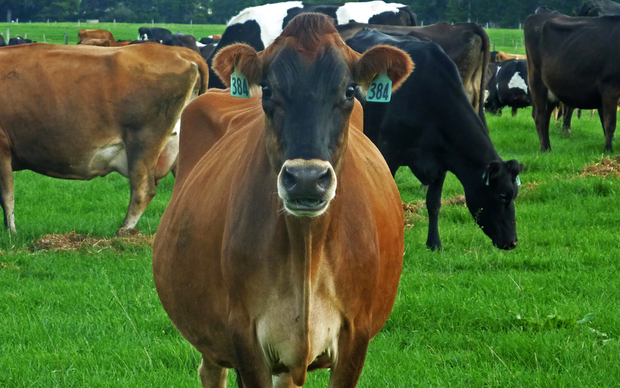 And they say there are no signs yet of when prices may lift.

The global dairy trade index fell 3.5 percent to $US2515 a tonne last night - the lowest they have been in more than five years.

The key commodity, whole milk powder, which underpins Fonterra's farmgate milk price to farmers, dropped by 1.8 percent to $US2386.

AgriHQ dairy analyst Susan Kilsby said a fall in the global dairy trade (GDT) auction was expected but it was not all bad news as there were signs demand was picking up.

"There was an increase in the number of successful bidders at the GDT auction last night, an extra nine companies bought product compared with the previous auction, so that's indicating that there is extra demand out there...so there is some small encouraging signs but we've got a way to go yet," Ms Kilsby said.

However, an increase in prices was not likely to happen soon.

"Milk powder prices aren't too far away from EU intervention levels, for skim milk powder at least, which typically does put a bit of a floor in the market. There's nothing on the horizon that we can see that will turn the market around in a hurry but the dairy market never increases slowly so when that point does reach we could see some quite sharp increases."

The advanced rates for farmers were not looking huge, with the AgriHQ forecast for next season is a $5.70 milk price.

"The retrospective payments from the 2014/15 season - the payments farmers get through June, July and August - are going to be really, really low, so it's really going to impact cashflow even worse than it has so far," she said.

"Farmers are really just starting to feel it now, it's going to get a lot tougher in the coming months and that's going to flow on through the rural communities when that cash isn't available to spend."

Federated Farmers dairy chair Andrew Hoggard said concern was rapidly growing, and the advanced rates for next season would be at the top of everyone's mind.

"I think this drop, and if we do get another drop or it remains static, it really does cause a lot of concern for farmers around next season's payout and you'll find lots of farmers will now be waiting to see what those advance rates, and the final season pay out for next year will be," he said.

"This result and the previous three results haven't boded well for a quick recovery."