A Northland sheep and beef farm in the running for the top Maori farming award has impressed the judges with its strong ties to a small local community. 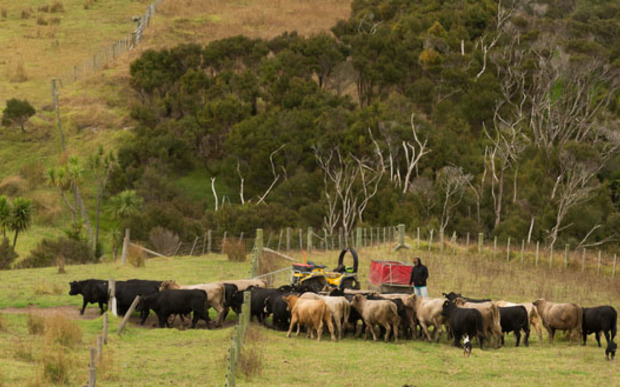 Paua Station is one of three finalists for the Ahuwhenua Trophy and as part of the awards is hosting an open day today.

The almost 3,000 hectare station lies just south of Cape Reinga, about 80 kilometres north of Kaitaia, and surrounds the small community of Te Kao.

It is owned by Parengarenga Incorporation, whose general manager, John Ellis, said the running of the farm was very much centred around the community.

"We've got over 3,000 shareholders, most of which are Te Aupouri iwi originally from the local area. They then elect the seven trustees.

"Underneath that we have a farm committee, which has seconded members with farming knowledge. Between the committee and the farm managers there's myself as general manager.

"Predominantly, we try and encourage local employment, and that has a significant impact. Every family we can employ puts a couple of kids into the kohunga or into the school. In a small community like this it's vitally important."

Mr Ellis said Parengarenga Incorporation took over the farm from Lands and Survey in 1988, then in a run-down state with poor infrastructure, and no staff or plans in place.

He said it had come a long way, but that the farm's location throws up significant challenges.

"Basically we're predominantly sand because it comes from both coasts. What's left in the middle is the farms, which is poor quality, old, very leeched-out clays, so we're struggling for fertility and structure in the soil, which is our biggest battle really - to get good dry matter growing on very poor soils.

"We have a very, very short growing season for our grass, which is a bit of spring and a bit of autumn, with basically no summer growth, and very dry summers, so we go from soaking wet - can't even walk around the paddocks - to rock hard clay in summer, so to get the maximum growth at the time we want it for our animals is quite difficult.

"We breed our own bull calves and we finish our bulls. We try to get them off in 15 months which is fairly ambitious.

"We're endeavouring to get earlier lambs so that we can get them to weaning weight before Christmas, we're trying to get our lambs probably out of normal cycle for Romney. We're trying to push those to breed earlier, so we're trying a few things that probably aren't standard farming practice."